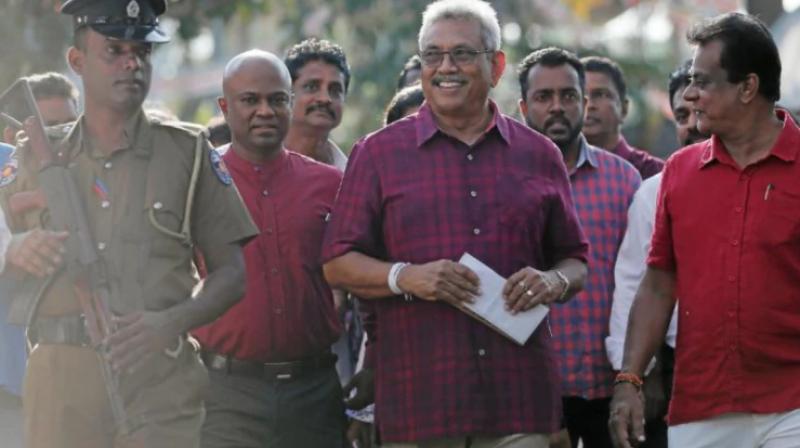 The newly elected president will worship at the Jaya Sri Maha Bodhi, a sacred fig tree in the Mahamewna Gardens and Ruwanweli Seya, a stupa and a hemispherical structure containing relics and considered sacred to many Buddhists all over the world, in the town, the Sri Lanka Mirror reported.

Rajapaksa, 70, defeated Sajith Premadasa, 52, by more than 13 lakh votes, the election commission announced on Sunday. He will succeed President Maithripala Sirisena for a five-year term. He is also expected to address the nation after taking the oath, the Daily News reported. His elder brother Mahinda Rajapaksa, who was the country's president from 2005 to 2015, former Minister Basil Rajapaska and a large number of dignitaries, including parliamentarians, will participate in the oath-taking ceremony, the report said.

Following his win, Rajapaksa said he would serve the country's citizens including those who voted against him “irrespective of their ethnicity,” The Times Online reported. “I will fulfil the trust that you placed in me,” he said, thanking all those who had voted for him during the election. Rajapaksa pledged that he would implement his manifesto during his term in office. He also urged his supporters to "rejoice peacefully".

"As we usher in a new journey for Sri Lanka, we must remember that all Sri Lankans are part of this journey. Let us rejoice peacefully, with dignity and discipline in the same manner in which we campaigned," the retired Lieutenant Colonel said in a tweet.