The visit was to take place under 1974 Pak-India Protocol on Visits to Religious Shrines, Foreign Office said in a statement. 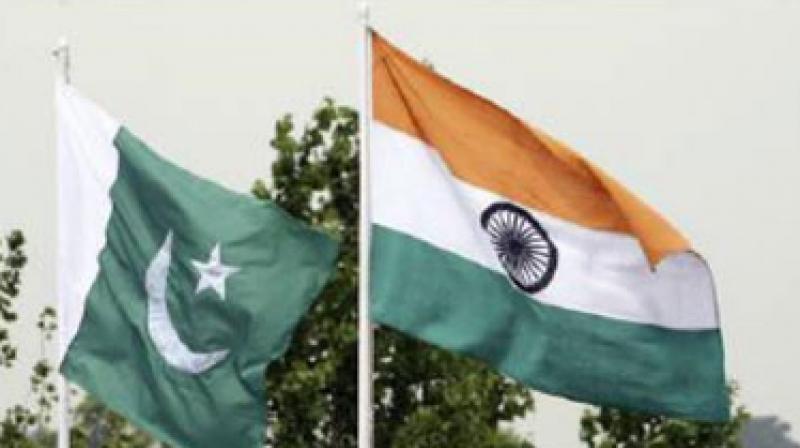 Due to India's decision, the Pakistani pilgrims have been deprived of the opportunity to participate in the Urs, which is of special significance, Foreign Office said in a statement. (Photo: PTI)

Islamabad: Pakistan on Monday expressed disappointment at India for not issuing visas to more than 500 Pakistani pilgrims for visiting the famed shrine of Khawaja Moinuddin Chishti in Ajmer, which New Delhi said could not take place in view of the prevailing circumstances and absence of requisite security clearances.

The visit was to take place under the 1974 Pakistan-India Protocol on Visits to Religious Shrines and is a regular annual feature, Foreign Office (FO) said in a statement.

"Pakistan notes with deep disappointment the non-issuance of visas by India for the visit of the 503 Pakistani Zaireen (pilgrims) to participate in the Urs of Hazrat Khawaja Moinuddin Chishti (RA) at Ajmer Sharif, India from 19-29 March 2018," the statement said.

Due to India's decision, the Pakistani pilgrims have been deprived of the opportunity to participate in the Urs, which is of special significance, it said.

In Delhi, sources said such visits are facilitated and promoted and visas granted after following due processes.

However, from time to time, such visits cannot take place in view of the prevailing circumstances and absence of requisite security clearances. There have been instances in the

past when such visits did not take place from both sides, they said.

Earlier 192 Pakistani pilgrims could not participate in the Urs of Hazrat Khawaja Nizamuddin Aulia in Delhi from 1-8 January due to the non-issuance of visas by India, the FO said.

It said that during 2017, despite Pakistan's offer to send a special train, Indian delays had resulted in Sikh yatrees (pilgrims) from India being unable to participate in the Martyrdom Anniversary of Guru Arjan Dev and the death anniversary of Maharaja Ranjit Singh.

In February, Pakistan had made all the arrangements for the visit of 173 Katas Raj pilgrims, who were "forced" to withdraw their applications from the Pakistan High Commission in New Delhi due to non-issuance of necessary clearance by the Ministry of External Affairs of India, the statement said.

"Besides being violative of the bilateral Protocol of 1974 and the basic human right to religious freedom, such measures also undermine the efforts aimed at improving the environment, increasing people-to-people contacts and normalising relations between the two countries," the FO said.

It was again "ironic" that India failed to issue visas on the occasion of Urs of Khawaja Moinuddin Chishti who for centuries has been the symbol of bringing communities closer to each other, the statement added.