The apex court will announce the judgment on the same day, the Express Tribune reported. 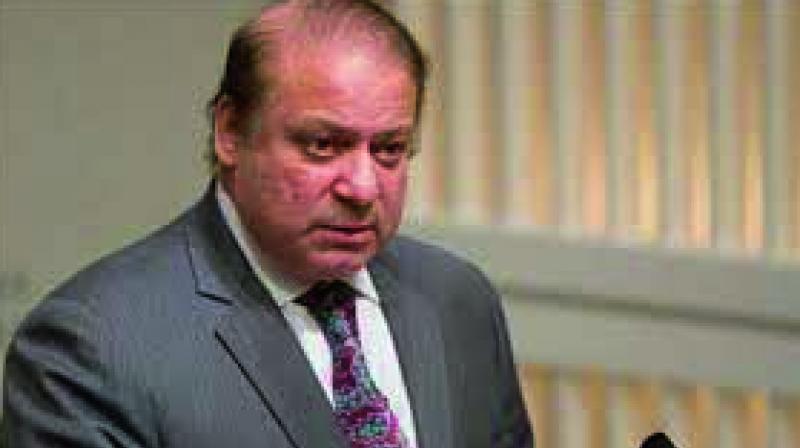 Sharif filed an appeal on March 6 against a judgment by the Islamabad High Court (IHC) which on February 25 rejected his bail application on medical grounds in the Al-Azizia steel mills case. (Image: File)

Sharif filed an appeal on March 6 against a judgment by the Islamabad High Court (IHC) which on February 25 rejected his bail application on medical grounds in the Al-Azizia steel mills case. During the hearing on Tuesday, a three-member bench headed by Chief Justice Asif Saeed Khosa issued a notice to National Accountability Bureau to submit reply in the matter in the next hearing fixed for March 26. The apex court will announce the judgment on the same day, the Express Tribune reported. Defence counsel Khawaja Haris presented arguments in the case and cited medical reports. He claimed that the three-time premier is taking 17 different medications. “We know that Nawaz receives medical care in London. We want to know whether his health deteriorated in prison,” the paper quoted the chief justice questioning the counsel during the hearing of the petition. The chief justice further remarked that the reports from London were not provided to the doctors in Pakistan, and that the court would examine the medical reports of tests conducted at Pakistan Institute of Medical Sciences in Islamabad, the Geo News reported. Sharif, 69, is serving a seven-year imprisonment in the Al-Azizia Steel Mills corruption case at the Kot Lakhpat Jail in Lahore since December 2018.

The Pakistan Muslim League-Nawaz (PML-N) supremo has suffered four angina attacks last week, according to his daughter Maryam Nawaz . The Sharif family is complaining that the government of Prime Minister Imran Khan is not providing health facilities to the former premier who has serious health complications. The bench headed by Chief Justice Khosa also comprises of Justice Sajjad Ali Shah and Justice Yahya Afridi will take up the petition. The former premier had twice submitted requests to the apex court for an early hearing of his application. In January, he filed application in the IHC for bail on medical reasons as he developed heart-related medical complications in jail but it was dismissed. Three corruption cases - Avenfield properties, Flagship investment and Al-Azizia steel mills - were registered against the Sharif family by the anti-graft body in 2017 following a judgment by the Supreme Court that disqualified Sharif in the Panama Papers case in 2017. He was sentenced to 10 years in prison in the Avenfiled corruption case in July 2018 which was related to his properties in London. Later he was given bail in September. In December, the accountability court convicted him in the Al-Azizia graft case but acquitted him in the Flagship corruption case.