The trip will be Kim Jong Un's third to China since March, when he made his inaugural foreign trip as leader. 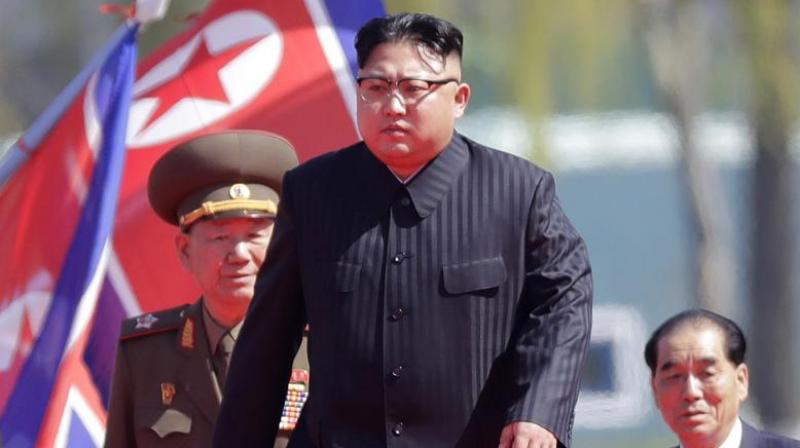 CCTV did not say whether Kim had arrived in Beijing, but security lined the freeway leading to the city's airport Tuesday morning as authorities prepared for his arrival. (Photo: AP/File)

CCTV did not say whether Kim had arrived in Beijing, but security lined the freeway leading to the city's airport Tuesday morning as authorities prepared for his arrival.

The trip will be Kim's third to China since March, when he made his inaugural foreign trip as leader.

An AFP reporter in Pyongyang said the only scheduled international flight -- an Air Koryo plane to Beijing -- had been briefly delayed for no apparent reason, which often happens when Kim travels.

Kim is seeking relief from economic sanctions in return for his pledge to denuclearise and is believed to be seeking support from China for that, Japan's Nikkei business daily said in a dispatch from Beijing.

Following the historic US-North Korea summit in Singapore a week ago, China suggested the UN Security Council could consider easing the economic punishment of its Cold War-era ally.

China was not a direct player in the negotiations in Singapore but retains strong influence behind the scenes.

US Secretary of State Mike Pompeo rushed to Beijing to brief Chinese President Xi Jinping and other top leaders soon after the Trump-Kim meeting.

In a joint statement following the Singapore summit, Kim pledged to "work toward the complete denuclearisation of the Korean Peninsula."

Trump hailed this as a concession but critics said the stock phrase long used by Pyongyang stopped short of longstanding US demands for North Korea to give up its atomic arsenal in a "verifiable" and "irreversible" way.

In return, Trump said he would stop joint military drills with South Korea, long seen as a provocation by Pyongyang and Beijing.

On Tuesday, the US and South Korean militaries confirmed they have called off upcoming joint exercises following Trump's order.