Lessons should be learnt to avoid conflicts: China on Doklam standoff 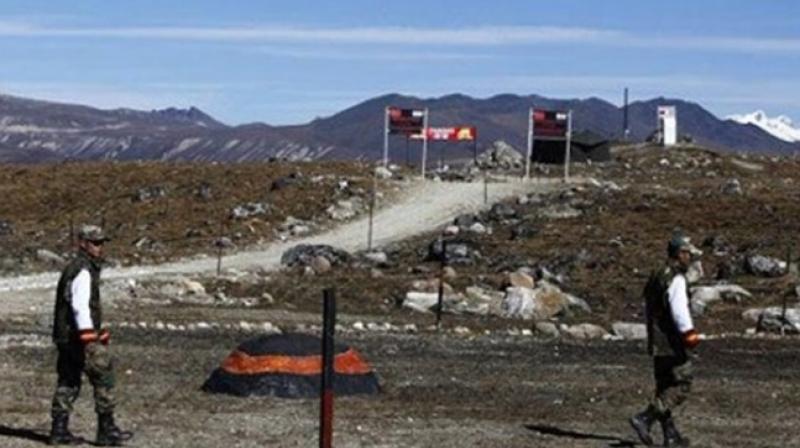 India points that Sino-Indian differences over the tri- junction between India, China and Bhutan in the Sikkim section which is yet to be settled. (Photo: PTI/Representational)

Beijing: China on Tuesday said that the Doklam standoff posed a "major test" for the bilateral ties and lessons should be learnt from it to avoid a similar situation of its kind in the future.

The comment came ahead of the 20th round of India-China border talks which are expected to be held this week in New Delhi between National Security Advisor (NSA) Ajit Doval and China's State Councillor Yang Jiechi who are designated Special Representatives.

Though the talks are scheduled for December 22, an official announcement has not been made yet from both sides.

The two sides attach significance to this round of talks as it would be the first round of talks since the 73-day Doklam standoff in the Sikkim section which ended on August 28.

"This Special Representative meeting is not only a high- level channel for the border issue discussion but also the platform for strategic communication," Foreign Ministry spokesperson Hua Chunying told a media briefing on Tuesday.

This also allows the two sides to exchange views on the international and regional issues of major concern, she said.

"In 2017, China-India relations have maintained a good momentum generally but the Doklam incident posed a major test for the two countries. We should learn lessons from this incident to avoid any further conflict of this kind in the future," Hua said.

"We should follow our historical conventions on the border to uphold the tranquillity and peace in the border region as well as safeguard the larger picture of the India- China relations," she said, adding that is in the best interest of both the countries.

Asked about the Doklam standoff's impact on the talks, Hua said the issue also figured in the recent visit of Foreign Minister Wang Yi to New Delhi to take part in the foreign ministers' meeting of Russia, India, China (RIC).

Wang in his meeting with Indian counterpart also touched about the Doklam issue, Hua said.

Besides attempting to resolve the vexed border dispute, the format of the India-China Special Representatives talks covered the whole gamut of relations between the two countries including political, strategic, economic and trade issues.

The 3,488-km-long Line of Actual Control (LAC) covers from Jammu and Kashmir to Arunachal Pradesh. Of this, 220-km section falls in Sikkim. The two sides so far held 19 rounds of Special Representatives talks to resolve the dispute.

They said though a solution to the border dispute still eludes the two countries, a lot of headway has been made in the 19th round of talks in terms of working out mechanisms to restore peace and tranquillity along the border to resolve tensions out of the aggressive patrolling by troops.

The Doklam standoff began on June 16 over PLA's plans to build a road in area claimed by Bhutan after the Indian troops intervened to stop it as it posed a security risk to Chicken Neck, the narrow corridor connecting India with its North- eastern states.

India pointed Sino-Indian differences over the tri- junction between India, China and Bhutan in the Sikkim section which is yet to be settled.

The standoff ended on August 28 following mutual agreement between India and China.

China, which earlier opened the Nathu La route for Indian pilgrims to visit Kailash and Manasarovar, has closed it after the Doklam standoff and yet to open it.