No more US-N Korea trips: Travel firm used by Warmbier after his death

Otto Warmbier died 6 days after his return to the US, with US President Donald Trump blaming Pyongyang's ‘brutal regime’ for his plight. 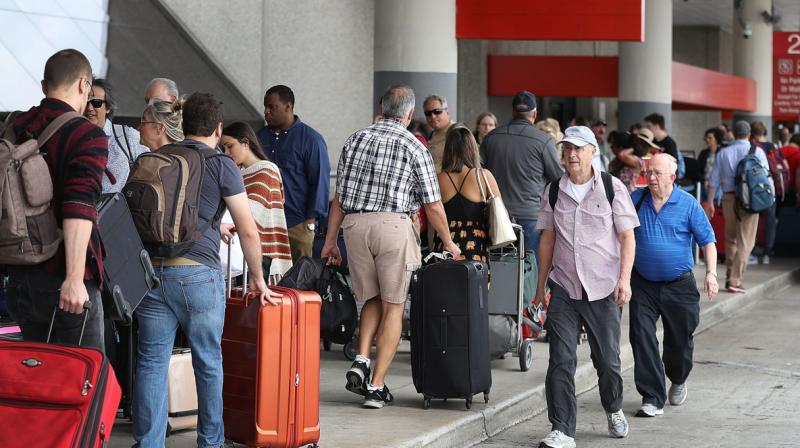 Seoul: The tour agency that took US student Otto Warmbier to Pyongyang said on Tuesday it would stop taking Americans to the reclusive state after the 22-year-old died following 17 months in North Korean detention.

Warmbier was medically evacuated to the United States last week, suffering from severe brain damage. He died six days later in his home town of Cincinnati, Ohio, with US President Donald Trump blaming Pyongyang's "brutal regime" for his plight.

"We have been struggling to process the result," Young Pioneer Tours, the China-based travel agency that had taken Warmbier to the North, said in a Facebook post.

The University of Virginia student was arrested at the airport as he was leaving Pyongyang in January last year and sentenced to 15 years of hard labour at a show trial for stealing a political poster from a hotel.

"There had not been any previous detainment in North Korea that has ended with such tragic finality," the company said, adding that Warmbier's death had made it "reconsider" its position on accepting American tourists.

"Now, the assessment of risk for Americans visiting North Korea has become too high," it said, adding, "we will no longer be organising tours for US citizens to North Korea."

The agency based in the Chinese city of Xian was founded in 2008 by a British expat with a motto of taking adventurous travellers to "the places your mother wants you to stay away from" including the North and Iran.

One of a few tour agencies that visit the North, the firm offers trips that include scuba diving and cycling in one of the world's most impoverished countries.

The company, which advertised the North as "probably one of the safest places on Earth to visit," came under fire after Warmbier was medically evacuated to the US in a coma after a flurry of secret diplomatic negotiations between Washington and Pyongyang.

The North claimed Warmbier fell into a coma soon after he was sentenced last year, saying he had contracted botulism and been given a sleeping pill.

Medical tests carried out last week in the United States offered no conclusive evidence as to the cause of his neurological injuries, and no evidence of a prior botulism infection. Warmbier's doctors said he had suffered extensive tissue loss in all regions of his brain, but showed no signs of physical trauma.

They said Warmbier's severe brain injury was most likely -- given his young age -- to have been caused by cardiopulmonary arrest cutting the blood supply to the brain.

Warmbier's death came amid high tension over the North's recent series of missile tests, with Pentagon chief Jim Mattis describing the nuclear-armed state as "a clear and present danger to all."

It also brought attention to dire human rights records of the country ruled by the young leader Kim Jong-Un, who took over after the death in 2011 of his father and longtime ruler, Kim Jong-Il, in a third-generation power transfer.

Three more US citizens are being held by the North. Two were teachers at a Pyongyang university funded by overseas Christian groups, and the third is a Korean-American pastor who was accused of espionage for the South.

The North has customarily released US detainees after visits by high-profile political figures including former presidents Bill Clinton and Jimmy Carter.