Dalai Lama is scheduled to chant special sutras at a large sports facility built by Chinese companies through Chinese aid. 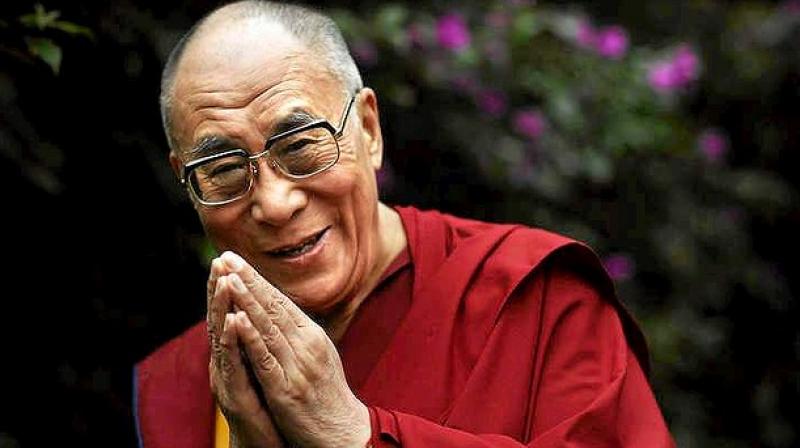 The Dalai Lama addressed followers at the Gandantegchenlin monastery on Saturday and spoke about materialism at the start of a four-day visit that Mongolia says is purely religious in nature and won't include meetings with officials. (Photo: AP)

Ulaanbatar, Mongolia: The Dalai Lama preached to thousands of Buddhists in Mongolia despite demands from China that the visit by the exiled Tibetan spiritual leader be scrapped, at a time Mongolia seeks a critical aid package from its powerful neighbour.

The Dalai Lama addressed followers at the Gandantegchenlin monastery on Saturday and spoke about materialism at the start of a four-day visit that Mongolia says is purely religious in nature and won't include meetings with officials.

On Sunday, the Dalai Lama is scheduled to chant special sutras at a large sports facility built by Chinese companies through Chinese aid.

The trip could have repercussions for land-locked Mongolia's relationship with China, which protested previous visits by the Dalai Lama by briefly closing its border in 2002 and temporarily canceling flights from Beijing in 2006.

China's Foreign Ministry had demanded that the Dalai Lama's visit be canceled. Spokesman Geng Shuang said on Friday that the Dalai Lama is a "political exile who has long been engaging in splitting China activities in the name of religion with the aim of alienating Tibet from China."

Shuang appealed to Mongolia to maintain "the general picture of a sound and steady development of bilateral ties (and) earnestly stick to its commitment on Tibet-related issues."

The Dalai Lama has been based in India since fleeing Tibet during an abortive uprising against Chinese rule in 1959.

His visit comes as Mongolian leaders are seeking a $4.2 billion loan from Beijing to pull the country out of a deep recession.

With commodity prices slumping, Mongolia is running out of hard currency to repay foreign debts and is seeking help from a neighbor that accounts for roughly 90 per cent of its exports.

Mongolian Buddhism is closely tied to Tibet's strain and many in the heavily Buddhist country revere the Dalai Lama, who made his first visit in 1979.

Mongolian religious figures say the visit could be the last for the 81-year-old spiritual leader, and some of his followers traveled hundreds of miles to see him while braving the coldest November temperatures in a decade.

Daritseren, an ethnic Mongolian from Russian Siberia, said she only heard on Friday that the Dalai Lama was visiting and traveled with 40 other people for 15 hours overnight to make it just in time for the sermon.

"Maybe I'm seeing His Holiness, the incarnation of Lord Buddha, for the last time."

Religious scholars said the Dalai Lama is expected to offer input on the search for the 10th reincarnation of the Jebtsundamba Khutuktu, a top-ranked lama in Buddhism.