More than 20 cities in north China including capital Beijing issued red alerts for the latest bout of polluted air. 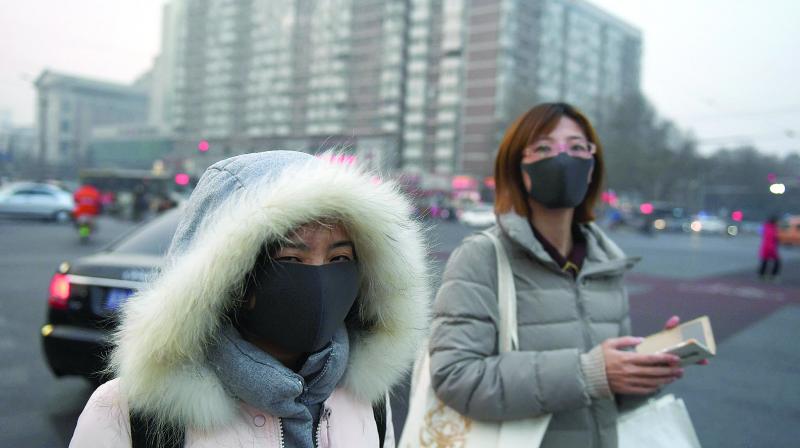 Beijing: A school principal in China was on Wednesday suspended for holding exams in open, defying closure orders and a red alert issued after the worst smog of the year that engulfed several parts of the country.

The red alert, which has been in force since Friday, will be lifted at 12 am Thursday, said Beijing's heavy pollution emergency response headquarters.

Air quality will improve remarkably tomorrow in Beijing, it said, as cold air is expected to disperse the smog that has lasted for several days, official media reported, in Beijing.

Emergency measures such as car restrictions based on even-odd license plate numbers will end, and kindergartens and schools will resume classes, state-run Xinhua news agency reported.

The PM 2.5 density in the capital remained at high levels on Wednesday.

More than 20 cities in north China including capital Beijing issued red alerts for the latest bout of polluted air.

Hundreds of flights were disrupted and many freeways closed due to low visibility in some affected area.

Meanwhile, the principal of a middle school in central China's Henan Province has been suspended from duty in Linzhou City for defying the orders to close all kindergartens and schools in the city following red alert for air pollution.

Defying the orders, the Linqi Township No 1 Middle School summoned hundreds of students for exams.

More than 400 of them turned out for exams staged in the school playground, despite the worst pollution of the year on Monday.

The city education and sports bureau suspended the head of the school for organising the outdoor exams.