Purnama, better known by his nickname Ahok, ignited a firestorm of criticism when he quoted a verse from the Islamic holy text. 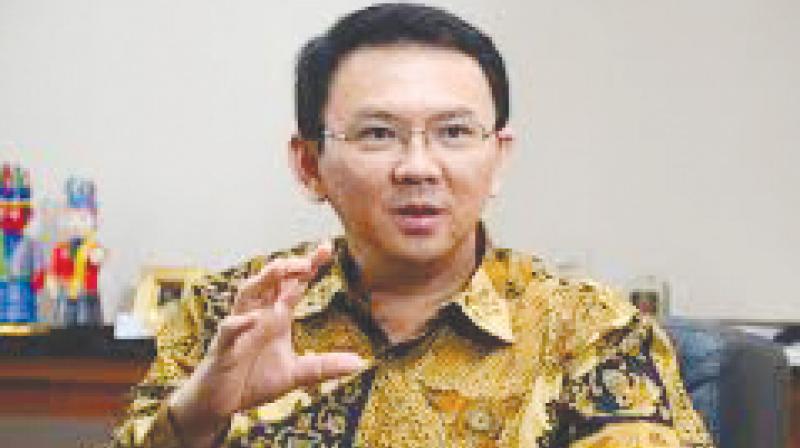 Jakarta: Jakarta’s Christian governor returned to court Tuesday to fight allegations of insulting the Quran that could see him jailed under tough blasphemy laws in the world’s largest Muslim-majority country.

The high-profile case against Basuki Tjahaja Purnama — the first Christian to govern the capital in more than 50 years — has captivated attention in Indonesia, and fanned concerns about hardliners pushing their agenda in the nation of 255 million.

Purnama, better known by his nickname Ahok, ignited a firestorm of criticism when he quoted a verse from the Islamic holy text in September.

The governor apologised but his remarks angered Muslims — both moderate and conservative — who marched against him in the largest rallies seen in Indonesia in years.

In a teary, nationally televised defence last week, Purnama denied ever intending to offend his Muslim countrymen and asked the judges to dismiss the case. Purnama’s lawyers deny the charges, claiming proceedings are being rushed and the judges subject to public pressure.

But prosecutors Tuesday argued the charges were in line with the law. They claim the governor insulted Muslims by claiming his political opponents were using the Koran to sway voters against him.

“Based on our analysis and judicial description, the entire objection filed by the accused and his lawyers is not based (on) the law and have to be rejected,” prosecutor Ali Mukartono said.

Outside the courthouse, hardline Islamists chanted “God is Great” and waved banners demanding Purnama be jailed.

“We want the judges to decide to arrest Ahok because he is already a suspect and the police and attorney general are not bold enough to arrest him,” Thirman Elon, an anti-Purnama protester said.

Purnama was named a suspect in November, but has not been formally arrested and is not in custody. He remains a candidate for re-election in February and is still campaigning. Hundreds of his supporters also descended on the court on Tuesday.