A police spokesman said the blast took place at a time when civilians and officials line up outside banks for their salaries. 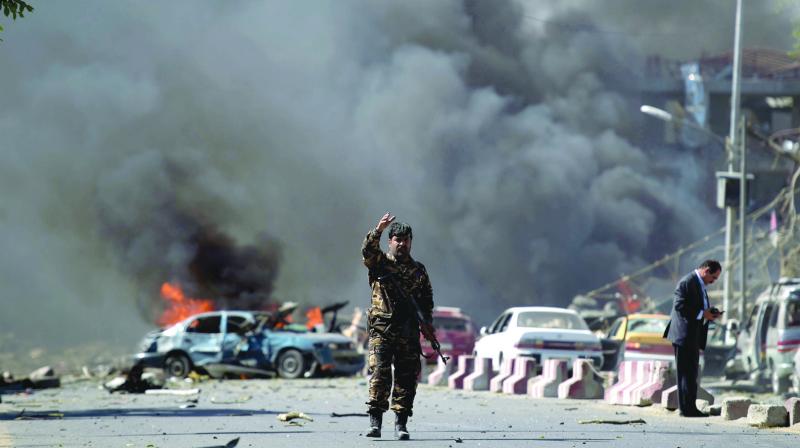 At least 50 wounded people were rushed to hospital, government spokesman Omar Zwak said, with another official warning of multiple fatalities.

No group has claimed responsibility for the latest in a series of brazen attacks during the holy fasting month of Ramadan, but it comes as the Taliban ramp up their annual spring offensive.

The insurgents control large swathes of Helmand province, of which Lashkar Gah is the capital.

"Around 12 noon a car bomb exploded at the entrance of New Kabul Bank," Salam Afghan, police spokesman in the city said. "It happened at a time when civilians and officials had lined up outside the bank to collect their salaries."

Washington is soon expected to announce an increase in the US military deployment to bolster Afghan forces, who are struggling to contain the Taliban insurgency. American military commanders in Afghanistan have requested thousands of extra boots on the ground.

US troops in Afghanistan now number about 8,400, and there are another 5,000 from NATO allies, a far cry from the US presence of more than 100,000 six years ago. They mainly serve as trainers and advisers.

The Afghan conflict is the longest in American history, with US-led forces at war since the Taliban regime was ousted in 2001.