No Supreme Court relief for Bangladesh ex-PM in graft trial

The two-time former Prime Minister has said that all the cases against her were politically motivated. 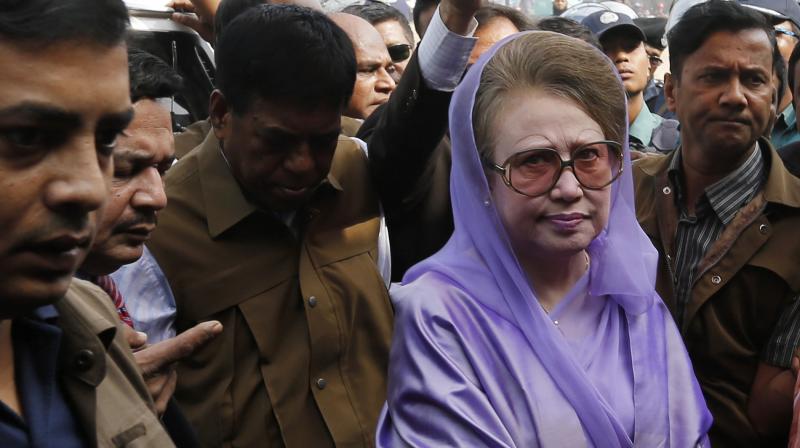 Dhaka: Bangladesh’s Supreme Court on Monday rejected embattled former Prime Minister Khaleda Zia’s plea to stop the trial proceedings against her in a 2007 corruption case that cost the exchequer more than $120 million.

Ms Zia, 72, has been accused of awarding a contract to Global Agro Trade Pvt Company Ltd (Gatco), in violation of government rules, for container management at inland depots in Dhaka and Chittagong during her tenure as the Prime Minister from 2001-2006.

The Anti-Corruption Commission (ACC) filed the graft case against Ms Zia, her younger son Arafat Rahman, who died in 2015, and 11 others on September 2, 2007, saying the deal allegedly cost the exchequer over Tk 1,000 crore ($124 million).

Ms Zia was arrested the same day. A year after her arrest, she secured bail from the high court. The two-time former Prime Minister has said that all the cases against her were politically motivated.