The world was silent and didn't believe that the Taliban would come to the town and take over the capital of the country, Sahraa Karimi said 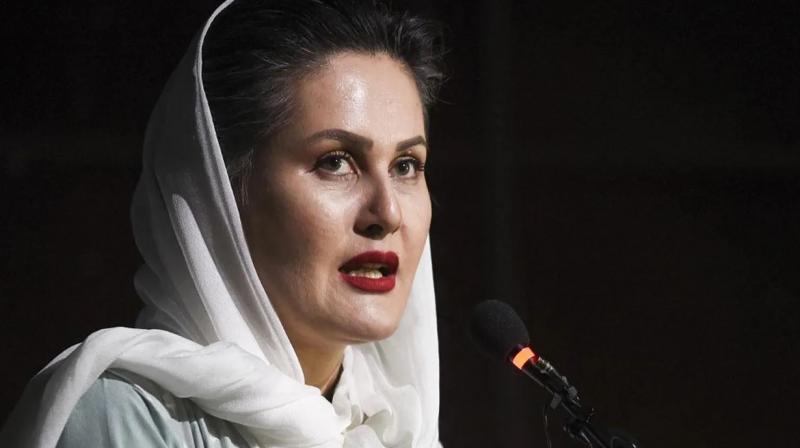 New Delhi: As Taliban, the extremist Islamist organisation, seized control of Afghanistan, one of the country's most popular film personalities Sahraa Karimi on Sunday said the current situation is "horrible" and the need of the hour is to document what's happening in the region for the world to witness these testing times.

The Taliban swept across Afghanistan this month, taking over almost all key Afghan towns and cities following the withdrawal of the US forces from the country after two decades.

Kabul also fell to the Taliban on Sunday after Afghan President Ashraf Ghani left the country for an unknown destination. Ghani is now in the UAE along with his family.

Karimi, whose open letter requesting the film community of the world to be the voice of the people of Afghanistan during the crisis went viral ahead of the Taliban takeover, recalled the events of August 15 when she was at a bank trying to withdraw money.

"On the 15th of August, I was at a bank trying to get money but unfortunately we were waiting and did not get the money. (We heard) gun shots from outside and the manager of the bank asked me to leave because the Taliban just surrounded Kabul and they were very near," the 38-year-old filmmaker told Indian media over a Zoom video call.

"He (the manager) asked me to go home. Because everybody knows me in Kabul, he showed me the back door (of the bank) so that I could go and get a taxi," she added.

The independent filmmaker, who is currently in Kyiv, Ukraine, after fleeing from Kabul, had shared a live video on Instagram the day the Taliban took over the Afghanistan capital.

"Taliban has entered the city and I am going to run away," she could be seen saying in the video as she ran on the streets of the city.

Talking about the video, the director, known for films like "Hava, Maryam, Ayesha" and "Afghan Women Behind the Wheel", said she decided to go live while she was running for her life as she believes "the world should know about us".

"In the middle of it (I thought) it's not fair that they (Taliban) are coming to take over the city... so I started to go live on Instagram. I'm a filmmaker and even I'm in that situation. I think it's very important to record and let people know because what's happened in Afghanistan in these last several months, it was horrible.

"The world was silent and didn't believe that the Taliban would come to the town and take over the capital of the country," she said in the interview.

Karimi, also the general director of Afghan Film Organisation, the state-owned film company, said there was documented evidence that suggests how the Taliban behaved with the Afghan people when they governed the country in the 1990s.

In a press conference earlier this week, the Taliban promised that they seek an "inclusive, Islamic" government in Afghanistan and will offer full amnesty to those who worked for the US and the Western-backed government.

They said they have become more moderate since they last held power from 1996 to 2001 and will honour women's rights within the norms of Islamic law.

But many Afghans fear a return to the Taliban's harsh rule from the late 1990s, when the group barred women from attending school or working outside the home, banned television and music, chopped off the hands of suspected thieves and held public executions.

"What we know about the Taliban is from the experience that we had with them in the '90s. A lot of films and pictures are from that era and lots of them came from the different provinces when the Taliban had taken over then and how they behaved with the population, especially women," Karimi said.