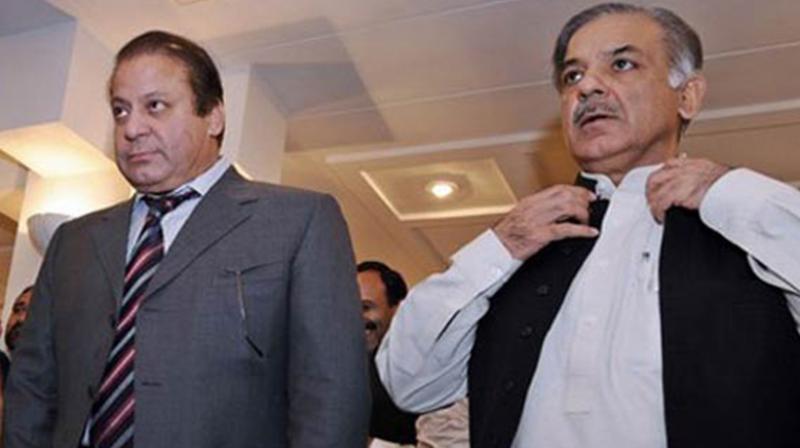 The decision was taken in a party meeting at the ousted Prime Minister’s Jati Umra residence near Lahore.

Nawaz Sharif praised the chief minister for his hard-working nature and devotion to public service. “Shehbaz Sharif has never opposed my opinion. He has vast administrative experience,” Mr Sharif said.

Mr Nawaz added, as quoted by the Dawn, that at times he accepted Mr Shehbaz's suggestions as well. "I had to take Pervez Musharraf's call condoling our father's death upon Shehbaz's insistence," he said.

Sources told the Dawn that Nawaz also said that when favouritism affects the parameters of justice, society loses its stability. "Despite there being so much (in the case) against Imran Khan, he was left scot-free while I was sent home on just an iqama (work permit)," he was reported as saying.

"We will not stay quiet. I will inform the nation of the inconsistencies between the two decisions," he said, referring to Supreme Court's decision disqualifying him and the one in the Imran Khan disqualification case.

Shedding light on his planned movement for justice, he said that the party's campaign for the 2018 General Election and the movement would go hand in hand.

"Someone will have to stand up to correct the ills of 70 years," he said, adding that he was standing upright in the battle.

PML-N members appreciated the decision taken by the party chief on Thursday.

"It would be wrong to say that a single vote in the party is against Shahbaz Sharif," MNA Rana Afzal said regarding the development.

Minister of state for power Abid Sher Ali said that the party would accept the decision taken by Nawaz, adding that Mr Shahbaz is a very capable individual that the country needs right now.

Although MNA Qaiser Ahmed Sheikh praised the decision, he added that the process of consultation within the party needs to be broadened.

On July 28, the top court had disqualified Nawaz Sharif for failing to declare an unclaimed salary from a Dubai-based company of his son, as an asset when filing his nomination papers in 2013.

Following the ouster, Shehbaz Sharif was to succeed Nawaz Sharif. However, Shahid Khaqan Abbasi was later nominated to be the Prime Minister.

Last month, a party meeting in London also decided to put Shahbaz forward as a prime ministerial candidate after the 2018 election if party president Nawaz Sharif remained ineligible to run for office, said a Dawn report.