China’s government on Monday did not directly comment on Duterte’s version of the leaders’ conversation. 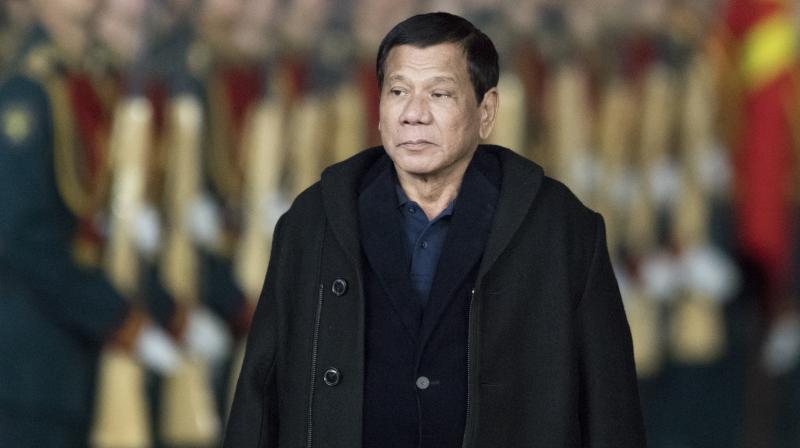 Beijing: China on Monday sidestepped claims by Philippine President Rodrigo Duterte that it had threatened to go to war over the disputed South China Sea.

Duterte, who met with Chinese President Xi Jinping and Premier Li Keqiang in Beijing last week, said Friday the leaders had raised conflict as an option to resolving their competing claims to the waters.

“I really said it to their face. That is ours and we intend to drill oil there,” said Duterte, who claimed he made the comments public in response to domestic criticism he was being too weak with China over the row. “And they told me: ‘Well, we’re friends. We do not want to quarrel with you. We want to maintain the present warm relationship. But if you force the issue we’ll go to war.’”

China’s government on Monday did not directly comment on Duterte’s version of the leaders’ conversation, but said it would “work with the Philippines to peacefully resolve disputes through friendly consultation”.

The rival claims to the South China Sea, which is believed to sit atop vast oil and gas deposits, have for decades made it one of Asia’s potential military flashpoints. China claims most of the sea. Malaysia, Brunei, Vietnam and Taiwan also have overlapping claims.

An international tribunal ruled in July last year that China’s claims to most of the sea were without legal basis, in a case filed by the Philippines under Duterte’s predecessor, Benigno Aquino. But China vowed to ignore the ruling and warned the Philippines against trying to use the verdict as leverage.

Duterte, who began his six-year term in June last year, agreed to take a soft stance with China, claiming that if he did it might lead to war.

Duterte has also sought closer ties with China to win billions of dollars of Chinese investments and loans, while loosening the Philippines’ long-standing alliance with the United States.