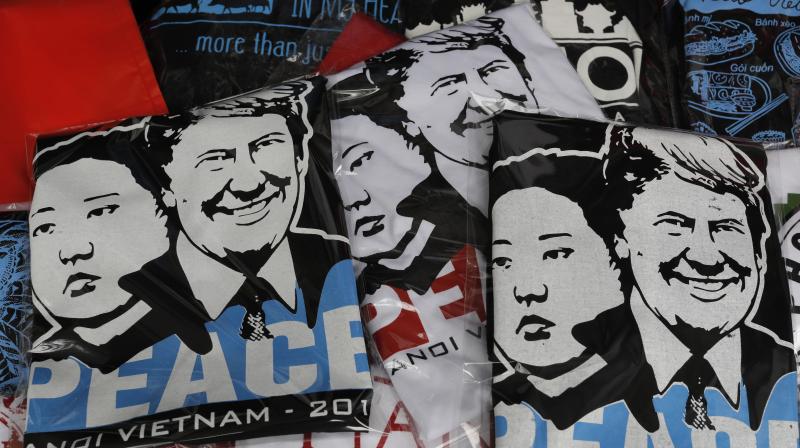 Experts believe that the country sought to build a nuclear-armed submarine, especially after Pyongyang test-fired a submarine-launched ballistic missile (SLBM) around three years ago. (Photo: AP)

Pyongyang: North Korean state media on Tuesday released images showing its leader Kim Jong-un inspecting what is touted to be a submarine in the making at a warehouse.

Wearing a grey suit, Kim conveyed "great satisfaction" and "stressed the need to steadily and reliably increase the national defence capability, by directing big efforts to the development of naval weapons and equipment, such as submarines," as per KCNA.

The North Korean leader further said that the submarine would be deployed to the country's eastern region's territorial waters "soon".

Experts believe that the country sought to build a nuclear-armed submarine, especially after Pyongyang test-fired a submarine-launched ballistic missile (SLBM) around three years ago.

However, according to a senior research associate at the James Martin Center for Nonproliferation Studies, the images suggest that the current submarine under construction is much larger than the one used in 2016.

"If this submarine is built for carrying and launching SLBMs it is more than likely that they would test it, to ensure that it works the way they would need it to," CNN quoted the researcher, Dave Schmerler, as saying.

Even though North Korea has around 70 submarines, most of them are believed to be old, loud and incapable of firing nuclear-armed ballistic missiles.