The billionaire businessman emphasised that no one can stop globalisation and said that trade sanctions are like bombs. 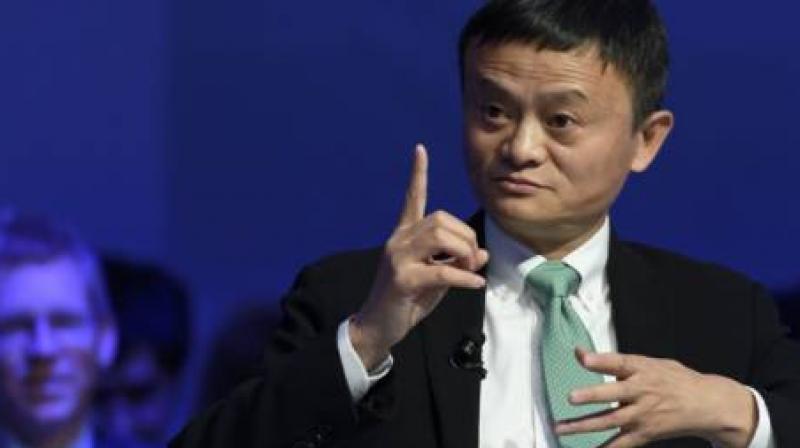 'If you want to be successful then you should learn from other's mistakes rather than their successes, the Alibaba group founder and chairman said. (Photo: AFP)

"To dissolve problems we need to embrace globalisation and it is our responsibility and opportunity to improve it," Jack Ma said at a special session in Davos during the World Economic Forum (WEF) Annual Meeting.

"Whether you worry about it the world will be hugely changed in the next 30 years. If there will be a war then it should be a war against disease, environmental pollution and poverty, rather than against ourselves," he said.

The billionaire businessman emphasised that no one can stop globalisation and said that trade sanctions are like bombs.

Jack Ma also said that to gain success a person will need high EQ and "if you don't want to lose quickly you will need a high IQ, and if you want to be respected you need high LQ - the IQ of love".

The business leader said we are in a transformative phase of the world due to technology, which will help create interesting careers for people but may also cause significant social problems.

He said global trade should be simple, inclusive and modernised. The next generation of globalisation should be inclusive for young people as the first wave was controlled by kings and emperors. In the last 30 years, it has been controlled by 60,000 big companies, he noted.

Speaking on a range of issues, he said artificial intelligence (AI) robots may indeed kill jobs but it will mean that we need to create more jobs within the service industry.

Consumption and the service industry has hope and we must do it uniquely, he added.

He further said philanthropy is about action and involvement. It is not about money but about waking up people's conscience, he said.

"If you want to be successful then you should learn from other's mistakes rather than their successes," the Alibaba group founder and chairman said.