Climbing onto the roof of a three-storey building next to the residential building, the men helped the girl out. 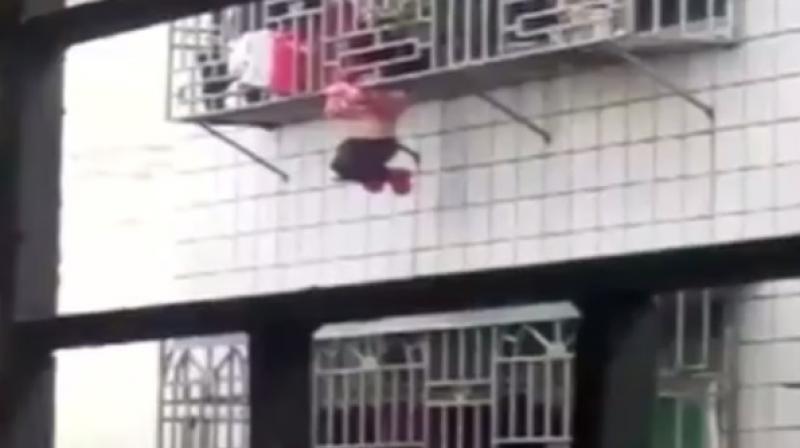 The little girl found herself in a dangerous situation, hanging from the window grille of her home. (Photo: Videograb)

Meizhou: A lot of children tend to get into sticky situations and mishaps, which can sometimes be life-threatening. A little girl in the city of Meizhou, south China’s Guangdong Province, found herself in a dangerous situation, hanging from the window grille of her home.

Video of the incident, that went viral in social media, shows the child hanging solely by her head that was trapped in the burglar grille, while her body hung outside, crying and frantically dangling her legs in the air.

But lucky for her, help arrived in the form of two men who rescued her unharmed before it was too late, CCTV Plus reported.

The men, who are workers, were seen rushing to help the child when they heard her screaming.

Climbing onto the roof of a three-storey building next to the residential building, the men helped the girl out.

People who have seen the video are all in praise of the two brave men.