The minister believes that after completing his studies in the UK, the bomber went to Australia to pursue post-graduation. 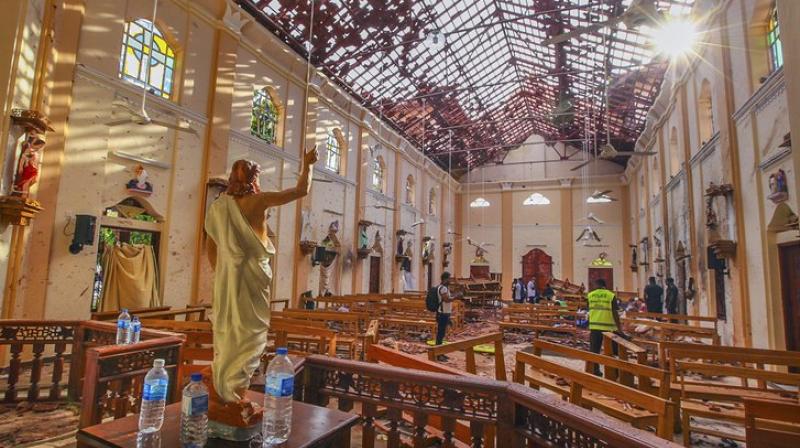 The minister said that the security services believe that Christchurch attacks prompted the terrorists to hit on Easter maintaining that the attacks were being planned for quite some time. (Photo: AP)

Sri Lanka: Among the nine identified suicide bombers behind the Sri Lankan blasts, one has studied in the United Kingdom as claimed by the Sri Lankan Deputy Defence Minister Ruwan Wijewardene. He didn’t name the terrorist and the university or college he studied in.

The minister believes that after completing his graduation in the UK, the bomber went to Australia to pursue post-graduation before settling in Sri Lanka. He said that around 60 arrests have been made in connection with the blasts and the investigation is underway. He has asked people to maintain calm and remain vigilant.

It is believed that the bomber is likely to have studied engineering or information technology in London. This is besides the two Ibrahim brothers who were from an affluent family in Sri Lanka and have blown themselves up.

The Sri Lankan Prime Minister Ranil Wickremesinghe has come down strongly on its ministers hinting at changes in his cabinet while Wijewardene has said that the officials would be taken into account over security failure.

The investigation would look into the radicalization of the bombers and involvement of any foreign hand.

Leads from Indian security agency have revealed the identity of Zahran Hashmi, the mastermind behind these attacks. Wijewardene also claimed that wife of one of the attackers also blew herself up while her house was being raided.

The minister said that the security agencies believe that the Christchurch attacks prompted the terrorists to hit on the day of Easter maintaining that the attacks were being planned for quite some time.