It is interesting that a Sri Lankan family’s involvement is under discussion after ISIS has claimed the responsibility. 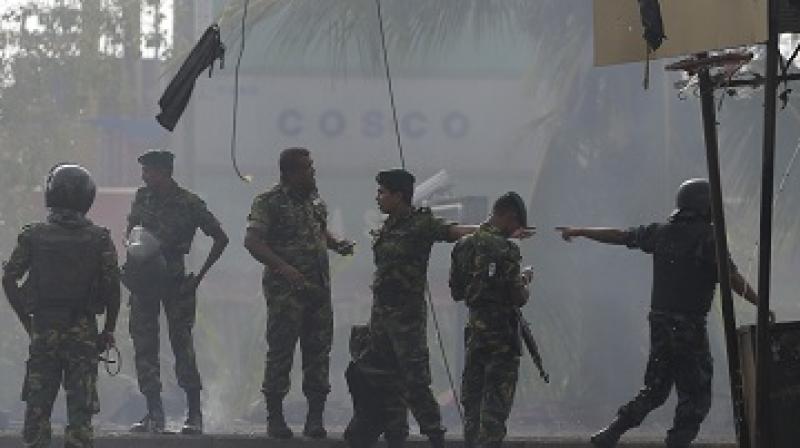 The death toll of the blasts has risen to 359 as confirmed by the official sources amongst which 11 are Indians. (Photo: AP)

Sri Lanka: Poverty has been widely considered as the root cause of violence allowing religious fundamentalists to brainwash the poor to commit gruesome attacks. However, the recent terror attacks in Sri Lanka may change this narrative completely. Eight of the nine suicide bombers involved in the horrific attacks on the Easter morning have now been identified. Imsath Ahmed Ibrahim, aged 33 and Ilham Ahmed Ibrahim, aged 31, the two sons of respected Sri Lankan millionaire businessman Mohammed Yusuf Ibrahim were amongst those eight suicide bombers. The Deputy Defence Minister of Sri Lanka has said that amongst the bombers was a woman too.

The Ibrahim family has been interrogated by the authorities after the attacks and it has been reported that three policemen have lost their lives while searching the house of Yusuf Ibrahim which was booby trapped with explosives. The authorities are hoping to get some leads from Ibrahim’s youngest fugitive son on training camps and jihadist network.

India had warned Sri Lanka of another possible attack after its interrogation disclosed the name of Zahran Hashmi, Islamic State's influential man in Sri Lanka. Hashmi’s organisation named Tawhid Jama'at has been quite vocal about issues faced by Muslims in Myanmar and Sri Lanka. Hashmi, along with Ibrahim brothers, was actively involved in recruiting people for Islamic State from Sri Lanka.

The death toll of the blasts has risen to 359 as confirmed by the official sources amongst which 11 are Indians.