Pakistan got USD 6.5 billion loan from China in April: Report

SAFE is an acronym for the State Administration of Foreign Exchange managed by the Chinese central bank. 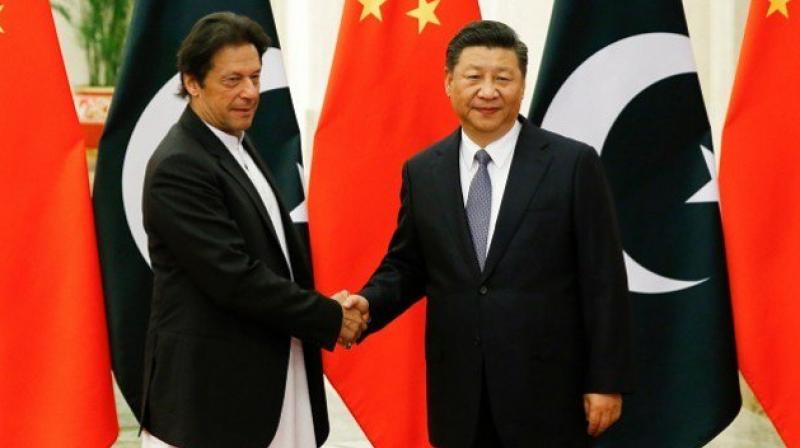 In the fresh disclosure, the Chinese foreign loans from July through April FY19 surged to USD 6.56 billion, according to the finance ministry's documents. (Photo:AP)

Islamabad: For the first time Pakistan has disclosed that it has taken a total debt of USD 6.5 billion from China in the current financial year, which is equal to 75 per cent of the total foreign loans of USD 8.6 billion the cash-strapped country received during the period.

Prime Minister Imran Khan's government, under pressure from the International Monetary Fund (IMF) from which Pakistan is seeking a USD 6-billion bailout package, has disclosed the type of loans that Islamabad has received from its ally, the Express Tribune reported.

According to the finance ministry's documents, foreign loan disbursements between July 2018 and April 2019 of the current financial year showed loans for the Karachi Nuclear Power Plants, known as K2 and K3, and China SAFE deposits as part of federal debt obligations.

SAFE is an acronym for the State Administration of Foreign Exchange managed by the Chinese central bank.

Pakistan has long been using Chinese money to shore up its official foreign currency reserves but it is for the first time that these deposits with the central bank have been made part of the Ministry of Finance's debt statistics, the report said.

In the fresh disclosure, the Chinese foreign loans from July through April FY19 surged to USD 6.56 billion, according to the finance ministry's documents.

These were equal to 75 per cent of the total foreign loans of USD 8.6 billion that Pakistan received during the period, the report said, adding there was over USD 2 billion jump in foreign loan disbursements within a month due to the disclosure of Chinese loans.

"China gave USD 628.4 million for the construction of two ongoing nuclear power plants in the past 10 months," according to the finance ministry statistics.

Earlier, the USD 2 billion worth of China SAFE deposits, which Islamabad had received in July 2018, were shown on the books of the State Bank of Pakistan (SBP).

Facing financial woes, Pakistan also received USD 3 billion from Saudi Arabia and USD 2 billion from the United Arab Emirates but these loans were not disclosed along with Chinese SAFE deposits, the report said.

The decision to disclose Chinese SAFE deposits was taken at the level of Adviser to Prime Minister on Finance Abdul Hafeez Shaikh, an unnamed senior official from the Ministry of Finance and Economic Affairs was quoted as saying in the report.

The full disclosure of Chinese loans was one of the sticking points between the government and the IMF during staff-level negotiations for a USD 6-billion bailout package. The US wants to stop Pakistan from using IMF funds for repaying Chinese loans.

The reliance on Chinese loans increased in the recent years after the traditional multilateral lenders stopped budgetary support due to the country''s deteriorating macroeconomic conditions.

Pakistan hopes that the blocked budgetary support will soon be restored after approval of the USD 6 billion bailout package by the IMF Executive Board. It also expects to return to the international capital market from the next fiscal year to raise funds for building official foreign currency reserves, the report said.

On the back of Chinese loans, the commercial financing surged to USD 3.2 billion as of the end of April, which was equal to 37.2 per cent of the total foreign loans.

UAE-based Ajman Bank disbursed another tranche of USD 76 million in April, taking its total loans to USD 150 million. A consortium of Credit Suisse AG, UBL and ABL has already given USD 295 million and USD 184 million was released by Dubai Bank in previous months, it said.

The lending by multilateral agencies amounted to USD 1.3 billion or 14 per cent of the total disbursements, the report said.

The IDB gave these commercial loans for oil purchase from Saudi Arabia. The disbursements by other lenders remained low, the report said.