Japan struggles to find patients to enroll in clinical trials

Slowing new infections has led to a shortage of patients to enroll in trials, which are underway for more than a dozen potential vaccines 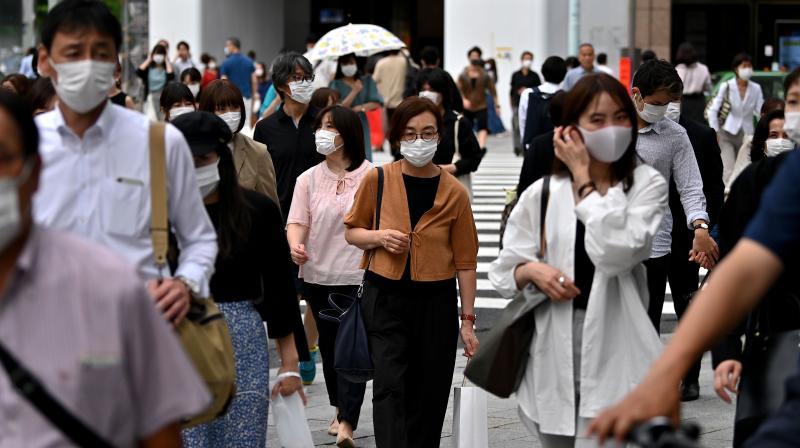 Tokyo: As nations race to develop treatments and vaccines for COVID-19, Japan has become a victim of its own success as slowing new infections has led to a shortage of patients to enroll in clinical trials. Clinical trials are underway for more than a dozen potential vaccines, including at least six in China, but Japan’s first human trials are expected to start next month.

In development of treatments, Russia and India approved Fujifilm Holdings Corp’s (4901.T) Avigan as a COVID-19 therapy, but Japan, whose Prime Minister Shinzo Abe has touted the drug’s potential and hoped to approve it in May, won’t see a decision until at least July.

“Due to the decreasing number of coronavirus infections, we believe it will take some time before clinical research is completed,” said Tetsuya Nakamura, who is running a trial of Avigan at Gunma University Hospital in central Japan.

“It’s a pity that Avigan has been approved overseas but not in Japan.”

Japan has fared better than most developed nations in tackling the disease that has killed more than 470,000 worldwide. While the epidemic drove Japan’s medical system to the brink of collapse in recent months, serious cases now number about 60 nationwide.

Some 54 COVID-19 related clinical trials have been launched in Japan, but most are still in the patient recruitment phase, according to trials’ tracking data.

Interest in Avigan, known generically as favipiravir, soared in March after a Chinese official said it appeared to help patients recover from COVID-19. It is now the subject of at least 25 clinical trials around the world.

The regulatory delay on Avigan is partly due to the fact that the studies should have been carried out in multiple countries at once, said Dr. Nakamura. But such studies are “enormously expensive.”

Fujifilm said it is working to complete the clinical trials “as soon as possible.”

Japanese biotech firm Healios KK (4593.T) said in April it intended to add COVID-19 patients to its experimental lung therapy trial but has not enlisted any as yet.

“We were careful to size the cohort in light of the low number of patients in Japan, and so are only seeking to enroll around five patients,” CFO Richard Kincaid said.

With a dearth of domestic patients, Japan may have to rely more on overseas data and results to aid in regulatory approvals. That practice is common “if the quality of data is considered to be good enough,” according to health ministry official Yasuyuki Sahara.

Sahara did not comment on the Russia or Indian approvals of Avigan and whether data from those nations could be used in Japan. The Pharmaceuticals and Medical Devices Agency, Japan’s primary drug regulator, did not immediately respond to a request for comment.