US diplomat resigns from Suu Kyi panel on Rohingya crisis

Bill accused Suu Kyi of a 'furious response' to his calls to help free two Reuters journalists arrested while reporting on Rakhine crisis. 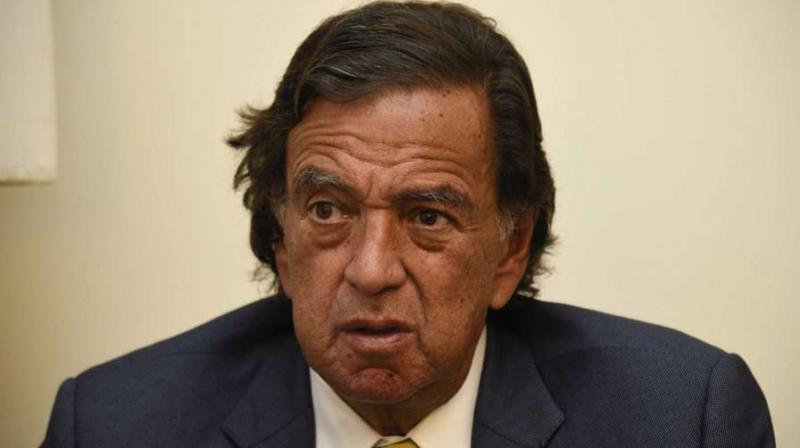 Richardson's resignation also came after Myanmar and Bangladesh failed to meet a January 23 deadline to begin the complex and contested repatriation of refugees. (Photo: AP)

Yangon: US diplomat Bill Richardson resigned early on Thursday from an Aung San Suu Kyi-appointed panel set up to ease communal tensions in Myanmar's Rakhine State and hit out at the Nobel Laureate for an "absence of moral leadership" over the crisis.

In a statement that pulled few punches, the former US governor and one-time Suu Kyi ally said he could not in "good conscience" serve on the committee that would likely serve only to "whitewash" the causes behind the Rohingya exodus.

Richardson also accused Suu Kyi of a "furious response" to his calls to help free two Reuters journalists arrested while reporting on the Rakhine crisis.

Wa Lone, 31, and Kyaw Soe Oo, 27, were arrested in December and face up to 14 years in jail under the Official Secrets Act over the alleged possession of classified documents, purportedly relating to the army campaign in Rakhine that sparked the exodus.

The resignation deals an embarrassing public blow to Suu Kyi as her civilian government grapples with a crisis that has sent hundreds of thousands of Rohingya Muslim refugees fleeing into Bangladesh since August -- and eviscerated her reputation as a defender of the downtrodden in the process.

The US State Department noted that Richardson, a retired senior official and former state governor, had joined the Myanmar board as a private citizen, but added that the Washington administration shares many of his concerns.

"Governor Richardson's decision to resign from the Rakhine Advisory Board, and the reasons he gave for doing so, are cause for concern," spokeswoman Heather Nauert said.

Nauert said the board which Richardson joined was supposed to oversee implementation of recommendations made by a commission led by former UN secretary-general Kofi Annan.

"Ultimately, the Burmese government and military have the authority to determine whether the Advisory Board will succeed in its mission."

Richardson's resignation also came after Myanmar and Bangladesh failed to meet a January 23 deadline to begin the complex and contested repatriation of refugees.

Nearly 690,000 Rohingya have fled a Myanmar army crackdown and crossed over to Bangladesh and many do not want to go back to Rakhine.

The UN and US have both accused the army and hardline militant Buddhist mobs of ethnic cleansing against the Muslim minority.

Inside Myanmar the Rohingya are widely regarded as illegal immigrants from Bangladesh even though many have lived there for generations.

"It is with great disappointment that I announce my resignation from the Advisory Board on Rakhine State," a statement released by Bill Richardson's office said after

three days of talks in Myanmar.

to assure peace, stability, and development in Rakhine State."

He said he was "taken aback" by the disparagement of the media, the UN, human rights groups and the international community and alarmed by the "lack of sincerity" with which the issue of Rohingya citizenship was discussed.

Rohingya have been denied citizenship for decades in a discriminatory system that heavily restricts their rights and movement within Myanmar.

Richardson admitted the military still wields significant power but added that "the absence of Daw Suu's moral leadership on this critical issue is of great concern".

Tensions have soared in recent days in the overcrowded Bangladeshi camps housing the Rohingya with many refugees refusing to return to Myanmar.

Bangladesh insists the repatriation process will be voluntary and Myanmar has said it "welcomes" back those who can verify that they belong to Rakhine.

But rights groups fear more suffering awaits the Rohingya as they return to a country that does not want them.

On Wednesday, Myanmar authorities put the finishing touches to rudimentary reception camps to process the huge number of returning refugees expected to trickle back.

Myanmar says it will take 1,500 refugees each week, a drop in the ocean of the near 800,000 who are due to be repatriated from two waves of violence.

Rohingya villages have been incinerated raising fears huge numbers will end up in long-term displacement camps.

With Rakhine still at boiling point there are also concerns returnees could be subjected to renewed violence.