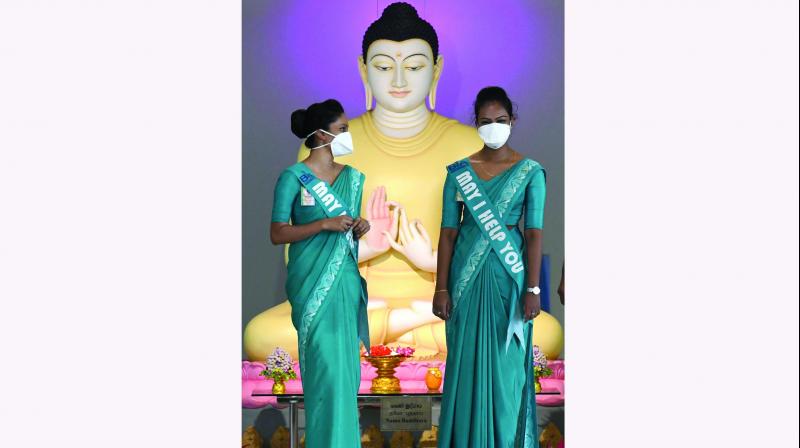 Beijing/New Delhi: China on Saturday expanded its lockdown against the deadly coronavirus to an unprecedented 36 million people and rushed to build a prefabricated, 1,000-bed hospital for victims as the outbreak cast a pall over Lunar New Year, the country’s biggest, most festive holiday. As the number of confirmed cases around the world climbed sharply to more than 850, with at least 26 deaths, all of them in China, in India 10 people — seven in Kerala, two in Mumbai and one in Hyderabad — were put under observation for possible exposure to the deadly novel coronavirus, Central and state officials said on Friday.

They were among the hundreds of passengers who returned from China in recent days.

Officials in Kerala said another 73 people were being kept under medical surveillance at their homes in the state.

As over 20,000 passengers returning from mainland China and Hong Kong underwent thermal screenings at the seven international airports of Delhi, Mumbai, Kolkata, Chennai, Bengaluru, Hyderabad and Cochin, the All-India Institute of Medical Sciences (AIIMS) in Delhi has set up an isolation ward and kept beds ready for providing treatment to any suspected case of the respiratory infection.

India on Friday said that it was closely monitoring the situation in China in view of the coronavirus outbreak, even as the Indian embassy in Beijing on Friday decided to “call off the Republic Day reception” in the Chinese capital on January 26 in view of the decision of the Chinese authorities to “cancel public gatherings and events”.

New Delhi is concerned because a significant number of Indian students study at the central Chinese industrial city of Wuhan — the epicentre of the outbreak — which is an educational hub that has prestigious technical institutes.

The Indian embassy also said that “the relevant Chinese authorities have assured all assistance to residents of Wuhan, including food supply”. It added, “At present, it is reported that supermarkets (particularly those that are government run) and e-commerce services, including food delivery continue to remain operational in Wuhan.”

The Indian embassy in Beijing tweeted, “In view of the evolving situation due to the corona virus outbreak in China as well as the decision of Chinese authorities to cancel public gathering and events, @EOIBeijing has also decided to call off the Republic Day reception scheduled to be held @EOIBeijing on January 26th.”

The Indian embassy also said, “Embassy of India has been receiving queries from Indians in Hubei province as well as their relatives in India in connection with the evolving situation of the corona virus epidemic in China. In this regard Embassy of India is in touch with relevant Chinese authorities in Beijing and Wuhan as well as Indians in Hubei Province, especially in Wuhan. We are closely monitoring the evolving situation in China, including advisories issued by the World Health Organization (WHO) in this connection.”

The US reported its second case, involving a Chicago woman in her 60s who was hospitalised after returning from China. She was reported to be doing well.

Transportation was shut down in Wuhan, the city of 11 million at the epicentre of the outbreak, and in at least 12 other cities in central China’s Hubei province, encompassing a population bigger than that of New York, London, Paris and Moscow combined. And authorities in Beijing and other cities cancelled many public celebrations and other events marking Lunar New Year, which falls on Saturday.

Hospitals in Wuhan grappled with a flood of patients and a lack of supplies. Videos circulating online showed throngs of frantic people in masks lined up for examinations, and some complained that family members had been turned away at hospitals that were at capacity.

Authorities in Wuhan and elsewhere put out calls for medicine, disinfection equipment, masks, goggles, gowns and other protective gear.