The trial, led by experts from the Academy of Military Medical Sciences, gained its approval on March 16 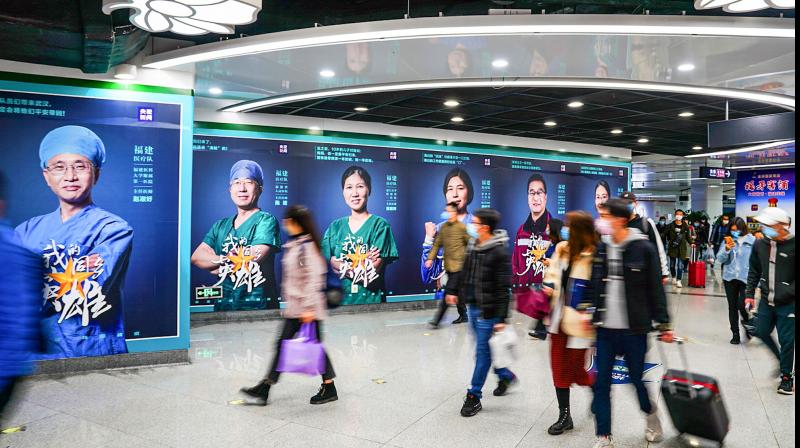 Beijing:  Around 5,000 people have signed up for the phase I clinical trial of recombinant novel coronavirus vaccine in Chinese city Wuhan where the virus first emerged late last year.

The recruitment for participants ended this week with nearly 5,000 volunteers signing up for the trial, state-run Beijing News reported on Wednesday.

A single-centre, open and dose-escalation phase I clinical trial for recombinant novel coronavirus vaccine (adenoviral vector) will be tested in healthy adults aged between 18 and 60 years, according to the ChiCTR (China Clinical Trial Register).

The trial, led by experts from the Academy of Military Medical Sciences, gained its approval on March 16 and the research is expected to last half a year.

Requiring at least 108 participants, the trial will be conducted in Wuhan, capital of Hubei province, the region worst-affected by the virus in the country, state-run China Daily reported.

Participants will experience 14-day quarantine restrictions after being vaccinated and their health condition will be recorded every day.

So far, most teams are expected to complete preclinical research in April and some are moving forward faster, Wang Junzhi, an academician with the Chinese Academy of Engineering said.

Wang noted that research and development of COVID-19 vaccines in China is not slower than foreign counterparts and has been carried out in a scientific, standardised and orderly way.

China has stepped up the process to finalise vaccines to counter COVID-19 after Kaiser Permanente research facility in Seattle and Washington stole the march and began human trials.

China lifted tough restrictions on the Hubei province on Wednesday after a months-long lockdown as the country reported no new domestic cases.