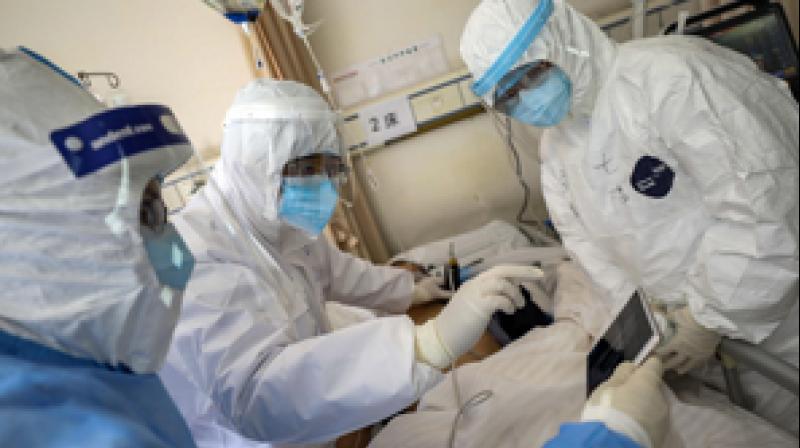 Under severe pressure due to mounting global criticism of it, China on Wednesday lashed out at its critics and said it had “neither created the (Corona)virus nor intentionally transmitted it”.

In a statement issued from New Delhi on Wednesday evening, the Chinese Embassy Spokesperson Ji Rong  also claimed “there is no evidence that China is the source of the virus that caused the Covid-19 (Coronavirus) although Wuhan city in China first reported the outbreak”.

In its statement on Wednesday, the Chinese Embassy said, “China has neither created the virus nor intentionally transmitted it. The so-called (term) ‘Chinese virus’ is absolutely wrong.”

Beijing’s declaration that it had “neither created the (Corona)virus nor intentionally transmitted it” seems to be aimed at certain conspiracy theories from some quarters globally that the virus could have been a biological weapon that either accidentally or deliberately leaked. Foreign policy observers feel China’s statement that the Coronavirus did not originate there also appears to be part of Beijing’s efforts to combat a perceived global negative fallout on China’s image due to the Coronavirus outbreak.

China meanwhile also sought to draw parallels with the H1N1 virus, stating that it originated in North America but was never called the “North American Flu”.

It again reiterated that the “so-called (term) ‘Chinese virus’ is absolutely wrong” and that “there is clear consensus by WHO and the international community that a virus should not be linked to any specific country, region or ethnic group and (that) such stigmatisation should be rejected”. The term “Chinese virus”was recently uttered by none other than US President Donald Trump.

Declaring that “Covid-19 is no longer the battle of one country or one city (and that) It is now a battle for all,” China claimed prompt action taken by it initially including the lockdown of Wuhan had given a precious window period for the world including countries like Singapore and South Korea to prepare to combat the deadly virus.

“Refuting” international criticism in the wake of foreign media reports that it may have tried to hush up the matter initially, Beijing said that “after the outbreak, in an open, transparent and responsible manner, the Chinese Government has timely adopted the most comprehensive, rigorous and thorough measures to control the epidemic, provided updates to WHO and international community and shared experience in diagnosis and treatment”.

Incidentally, Chinese Foreign Minister Wang Yi had spoken to External Affairs Minister S. Jaishankar earlier on Tuesday evening and had during the conversation opposed any global effort to “stigmatise” China.

The Chinese Embassy spokesperson said, “The origin of the novel Coronavirus is a matter of science that requires professional and scientific assessment. Research by scientists from the United States, Europe, China, Japan and as well as the WHO has shown that there is no certain conclusion as to the origin of Covid-19.  Although Wuhan city in China first reported the outbreak, there is no evidence that China is the source of the virus that caused the Covid-19.”

China added, “The US Centres for Disease Control and Prevention (CDC) estimates that the seasonal flu starting from September, 2019, has so far sickened more than 30 million people and killed more than 20,000 people, and CDC Director Dr. Robert Redfield admitted some were actually Covid-19.”

Listing out the measures it had taken, Beijing said, “At the early stage of the outbreak, China took decisive action to lock down Wuhan and cancel outbound tourist groups to prevent the spread oof the epidemic. Since January 3, China has been regularly notifying the WHO and relevant countries and regions about the outbreak. On January 12, China had already shared with the WHO the genetic sequence of the novel coronavirus. The WHO said that China has offered a precious window period for the world to fight the epidemic.”

It also stated, “With its huge sacrifices, ... countries such as Singapore and Republic of Korea (South Korea) have made full use of the precious time China bought for the world and taken necessary prevention and control measures to stem the spread of the epidemic.”

It added, “It is irresponsible to waste the precious time China bought and try to deflect responsibility by discrediting others. Those people who are trying to stigmatise China’s efforts have ignored the huge sacrifices the Chinese people made in safeguarding the health and safety of all mankind ... .”

Speaking about Sino-Indian cooperation in this context, the Chinese Embassy said, “China and India have maintained communication and cooperation and lent support to each other in coping with the epidemic through difficult times ... Indian people have supported China’s fight against the epidemic in various ways. We express appreciation and thanks for that.”

Beijing argued that “there is clear consensus by WHO and the international community that a virus should not be linked to any specific country, region or ethnic groupand such stigmatisation should be rejected”.

It said, “The pandemic of influenza in 2009 originated in North America. WHO didn’t call it ‘North American Flu’. It was eventually named ‘Influenza A virus subtype H1N1”. ... WHO has stressed that any discriminatory practices should be condemned, the use of ‘China’ and ‘Wuhan’ (in) naming the virus ... must be corrected and the international community should focus on China’s swift response to the epidemic rather than stereotyping the Chinese people.”