'I apologise for creating confusion amid a tense parliamentary situation,' Hayashi said. 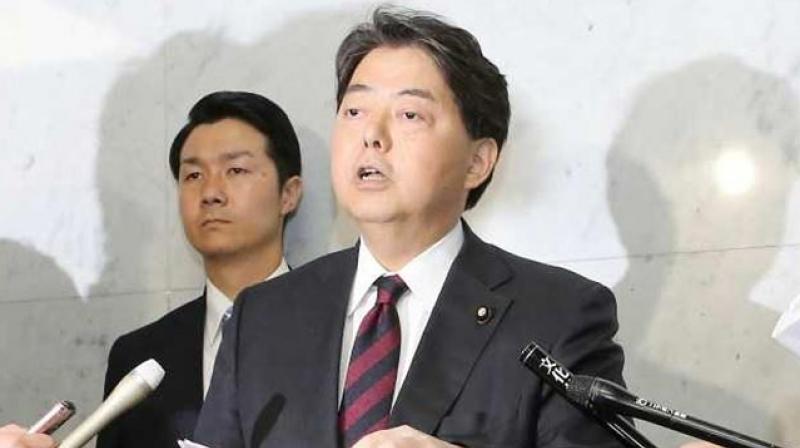 Tokyo: Japan's education minister apologised on Wednesday for using an official car to visit a yoga studio, but denied claims that the facility was offering "sexy private yoga".

The row is the latest headache for Prime Minister Shinzo Abe's government, which is already under fire after two cronyism scandals and sexual harassment claims against a top finance ministry bureaucrat.

The Shukan Bunshun weekly magazine on Wednesday reported that Education Minister Yoshimasa Hayashi visited a yoga studio in the hip Ebisu district in Tokyo using a state car, and took private lessons there.

"I apologise for creating confusion amid a tense parliamentary situation," Hayashi said.

"As the government is facing severe rebuke and criticism, I will serve the public in a more disciplined manner," he said, in an apparent reference to various scandals involving the cabinet in recent weeks.

"I should have drawn a line between the public and the private, even though this case was in line with rules," he added.

Ministers are permitted to use government vehicles for private use in between public engagements, local media said.

But Hayashi said he was simply taking "regular yoga lessons and massages with finger pressure" for better health.

"I firmly deny the article which presents an indecent image and is completely different from the facts," she said.

The studio's website says it offers private lessons for men or couples.

Support for Abe's government has flagged due to two cronyism scandals and criticism of the way the finance ministry has handled claims that its top bureaucrat sexually harassed female reporters.

Around half of voters now disapprove of Abe's administration, and a similar number want his Finance Minister Taro Aso to step down, polls published on Monday found.

The polls bode ill for Abe's bid to be re-elected as party chief in September in a vote he was once expected to win easily.