Islamic State sympathizers have carried out a series of mostly low-level attacks in Indonesia over the past few years. 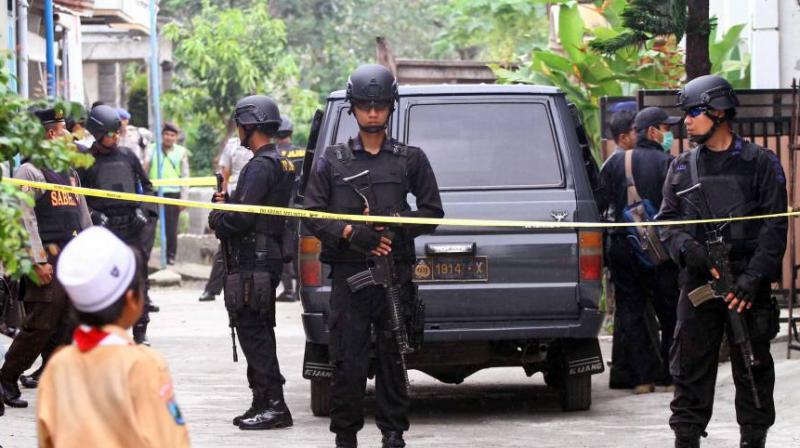 Medan: An Indonesian police officer was stabbed and later died of his wounds in an attack by suspected Islamist militants in the city of Medan, a police spokesman said on Sunday.

Police shot dead one suspect and one was arrested after the attack on a police post in the capital of North Sumatra province, police spokesman Rina Sari Ginting said by telephone. The perpetrators had scaled the fence of the police post near police headquarters and shouted "Allahu Akbar" (God is greatest) before stabbing the officer, said Ginting.

The attack will compound fears about rising militancy in Indonesia, which has the world's biggest Muslim population. Islamic State sympathizers have carried out a series of mostly low-level attacks in Indonesia over the past few years.

National police spokesman Setyo Wasisto said authorities were investigating whether the attackers were inspired by Islamic State and acting on the instructions of Bahrun Naim, an Indonesian who went to fight for the militants in Syria.

There are fears across Southeast Asia that as Islamic State loses ground in the Middle East, it will seek footholds elsewhere. Indonesian authorities have tightened security for this weekend's Eid al-Fitr holiday marking the end of the fasting month of Ramadan.

President Joko Widodo has urged parliament to accelerate plans to tighten anti-terrorism laws to meet new dangers, including giving police powers to detain suspects without trial for longer and to arrest people for hate speech or for spreading radical content and joining proscribed groups.