North Korea has deployed around 1,000 artillery pieces along the border, posing a significant threat to Seoul and the metropolitan area. 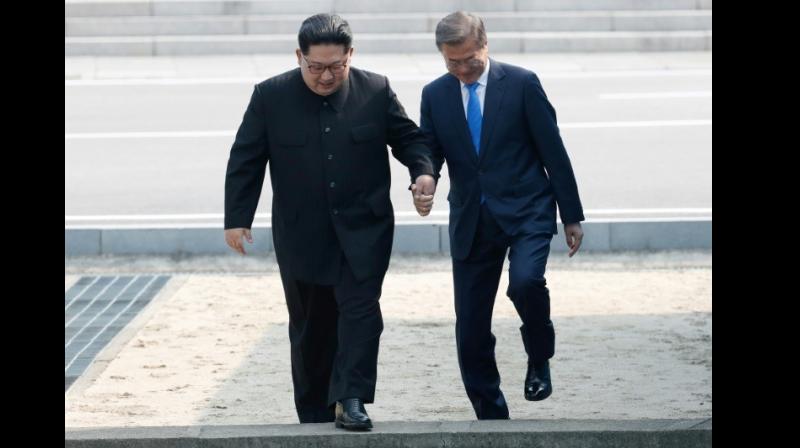 Seoul: The rival Koreas are discussing the possible relocation of North Korea's long-range artillery systems away from the tense Korean border, the South's prime minister said on Monday, as the countries forge ahead with steps to lower tensions and extend a recent detente.

North Korea has deployed an estimated 1,000 artillery pieces along the border, posing a significant threat to Seoul and the metropolitan area.

In a speech marking the 68th anniversary of the outbreak of the 1950-53 Korean War, Prime Minister Lee Nak-yon said that "moving (North Korea's) long-range artillery to the rear is under discussion," as he explained what types of good-will steps between the sides have been taken in recent months.

Lee's comments appear to be Seoul's first official confirmation of media reports that South Korea demanded that the North reposition its forward-deployed artillery pieces during inter-Korean military talks this month.

Seoul's Defense Ministry, which has denied those reports, said it had no immediate comment on Lee's speech.

A 2016 South Korean defense white paper described the North's long-range artillery as one of the country's biggest threats, along with its nuclear and missile programs. Seoul, a capital city with 10 million people, is about 40-50 kilometers (25-30 miles) from the border.

South Korean media speculated that during the June 14 military talks, the North likely demanded that South Korea and the United States withdraw their own artillery systems from the border as a reciprocal measure. About 28,500 U.S. soldiers are deployed in South Korea.

Also Monday, military officers from the two Koreas met to discuss how to fully restore their military hotline communication channels, according to the South's Defense Ministry.

The results of the talks were expected later Monday.

The talks came a day after Seoul said it would "indefinitely suspend" two small-scale annual military drills with the United States.

The drills involving marines from the allies were supposed to occur from July to September, according to a statement from South Korea's Defense Ministry.

It said South Korea is willing to take unspecified additional measures if North Korea is continuously engaged in "productive" negotiations.

Last week, South Korea and the United States announced the suspension of their larger, annual military exercises called the Ulchi Freedom Guardian, part of their efforts to increase the chances of successful nuclear diplomacy with North Korea.

Some experts say the drills' suspension could weaken the allies' combined defense posture against North Korea.