The 26-year-old librarian at MIU, his profile picture black with an insignia of death, detailed how he had been bullied by colleagues. 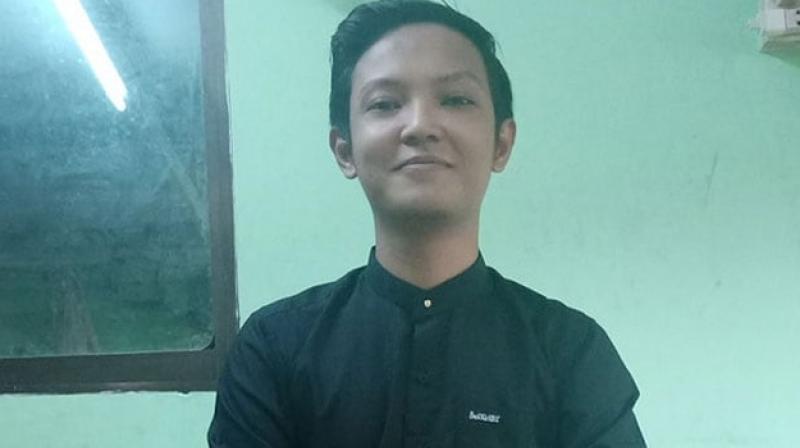 He alleged his bosses forced him to come out at work and attached screenshots of group message chats appearing to show colleagues mocking him. (Photo: Facebook)

Yangon: A gay Myanmar man posted a note on Facebook including screenshots of alleged homophobic bullying before taking his life, prompting activists to call on Tuesday for more protection for the emerging LGBTQ community.

Same-sex relations are still officially illegal under Myanmar's colonial-era laws, but although LGBTQ people enjoy more freedoms in the country than ever before, rights groups say homophobia and discrimination are entrenched in the socially conservative country.

Kyaw Zin Win took his life after posting a final Facebook message to his family and friends, alongside a plea "not to be reborn" in a country "where superiors oppress those under them".

The 26-year-old librarian at Myanmar Imperial University (MIU), his profile picture black with an insignia of death, detailed how he had been bullied by colleagues.

He alleged his bosses forced him to come out at work and attached screenshots of group message chats appearing to show colleagues mocking him.

By Tuesday, the posts on Facebook - which serves as the main mode of communication in a country with low digital literacy - had been shared thousands of times, accompanied by hundreds of outraged comments.

The university released a statement Monday expressing its deepest sympathy over the "tragic" incident, adding it had visited his family.

It told AFP it was investigating the case.

One colleague, whose name appeared in the final post, issued a denial on Facebook of having played any role in the harassment.

Rights groups plan to rally later this week in honour of Kyaw Zin Win, and to call for the decriminalisation of homosexuality and introduction of an anti-discrimination bill.

Despite the many challenges, there are signs of a growing acceptance of the community.

For the first time, Yangon authorities granted permission in 2018 for an LGBTQ festival in a public park which attracted some 12,000 people.

This year also saw Myanmar's first "Pride Boat Parade" on the Yangon river - although a full march through the streets remains an elusive goal in a country still wary of any protests.