The order was issued Monday after radar detected shifts in the ground where the mountains collapsed early Saturday, said Xinhua News Agency. 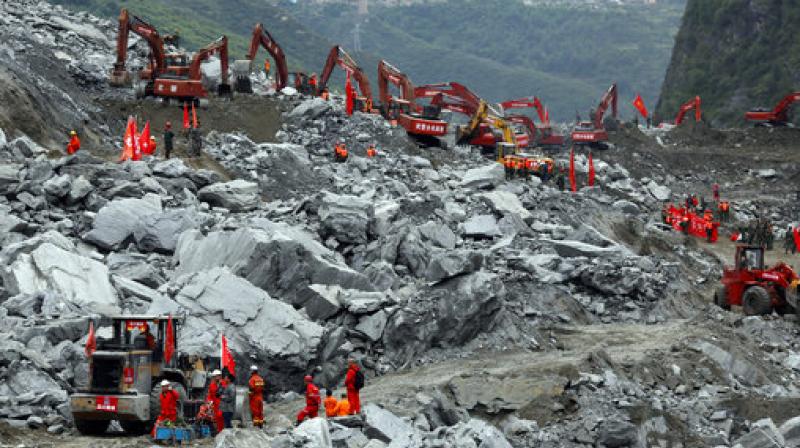 Heavy machinery is deployed to move debris during the search for victims at the site of a landslide in Maoxian County in southwestern China's Sichuan Province. (Photo: AP)

Beijing: Rescue crews have been ordered to evacuate the site of a deadly landslide in southwestern China over concerns of a second landslide.

The official Xinhua News Agency says the order was issued on Monday after radar detected shifts in the ground where the mountains collapsed early Saturday. It wasn't clear if the rescue efforts had been suspended.

The landslide buried the entire village of Xinmo in a mountainous region of Sichuan province. Ten bodies have been found, and 93 people remain missing. A couple and their month-old infant are the only ones rescued so far.

Experts say the mountains flanking the village are structurally damaged and prone to landslides after two major earthquakes, including a magnitude 7.9 quake that killed nearly 90,000 in 2008 in Wenchuan, 40 kilometers (25 miles) away.