Hundreds of people were mobilised to find youngsters trapped in Tham Luang cave on Saturday when heavy rains flooded its main entrance. 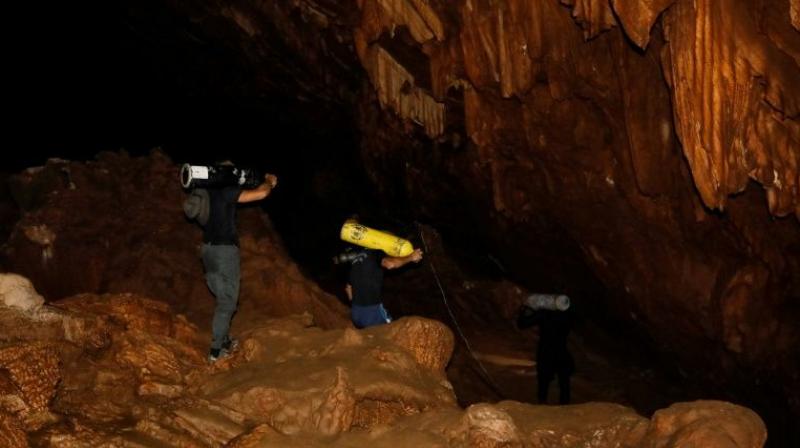 Rescuers found bicycles, football boots and backpacks at the entrance to the site Monday, and divers said they spotted footprints in one of the cave's chambers. (Photo: AFP)

Mae Sai, Thailand: Desperate parents led a prayer ceremony outside a flooded cave in northern Thailand where 12 children and their football coach have been trapped for days, as military rescue divers packing food rations resumed their search Tuesday.

Hundreds of people have been mobilised to find the youngsters who went into the Tham Luang cave on Saturday and were trapped when heavy rains flooded its main entrance.

VIDEO: Desperate parents lead a prayer ceremony outside a flooded cave in northern Thailand where 12 children have been trapped for days as rescue divers resume their searchhttps://t.co/MSSznSKW0z pic.twitter.com/FCB32vpeO9

"I asked for all God's wishes, but I'm certain in my heart that they will survive. They have been inside the cave before," the father of one of the young footballers said.

Some relatives wailed at the cave's entrance near the Laos and Myanmar border, where huge crowds have gathered near stockpiles of water and food. 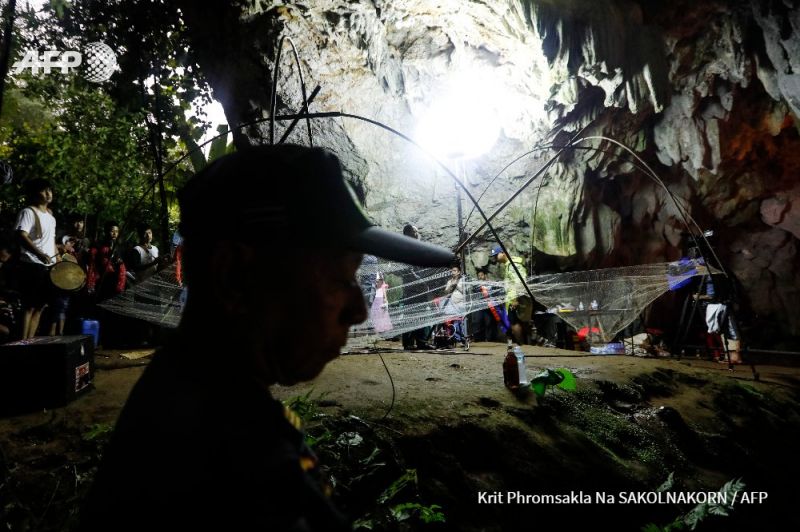 "My child, I'm here to get you now," one crying parent said, while another screamed: "Come home my child!".

The children, aged between 11 and 16, are thought to have retreated further into the tunnel as monsoon rains fell and flooded the cave, believed to be several kilometres (miles) long.

Rescuers found bicycles, football boots and backpacks at the entrance to the site Monday, and divers said they spotted footprints in one of the cave's chambers. 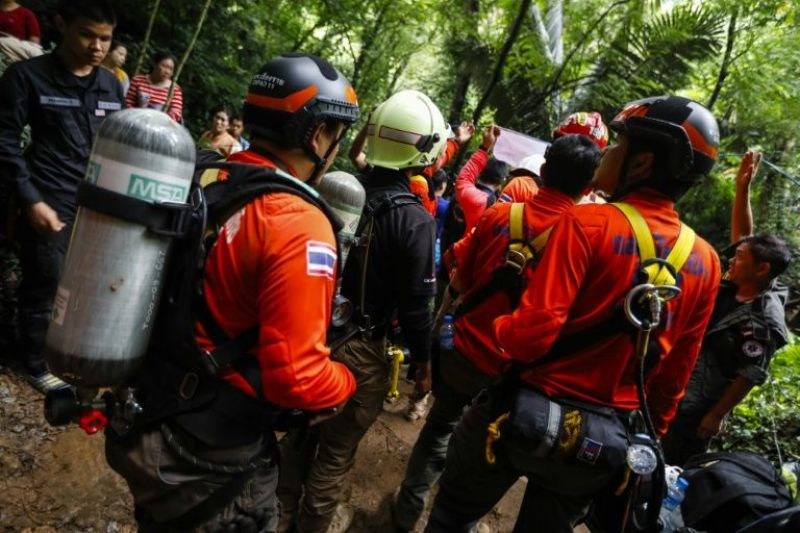 Park officials, police and soldiers were dispatched on foot, while an aerial team was also being mobilised to see if there was another entrance to the cave, according to an AFP photographer at the scene.

Rescue teams were also dispatched to light the inside of the cave and drain water from the site and an underwater robot was set to be dispatched to survey the area and help rescuers.

Interior Minister Anupong Paojinda said they were working around the clock to find the youngsters.

"We're working against time, but we're not panicking," he told reporters.

Forecasters said rains are expected to continue Tuesday, which could hamper rescue efforts.

Tham Luang cave is not hugely popular among foreign tourists because of its remote location but draws locals to worship at small Buddha statues inside.

Downpours routinely pound Thailand during the monsoon season from May to October, often causing flooding and landslides.

Fifteen people died in flooding in December that submerged large swathes of Thailand's south and hit hundreds of thousands of households.

This is not the first cave accident in the country.

Six foreign tourists and two Thai guides were killed in 2007 when they were swept away by flash floods in a cave in Khao Sok national park in southern Thailand.

The fiance of one of the tourists killed in the accident survived after clinging onto a ledge in the cave for 21 hours.