Repatriating remains of US soldiers who perished in 1950-53 Korean War was part of agreement signed by Kim, Trump during Singapore summit. 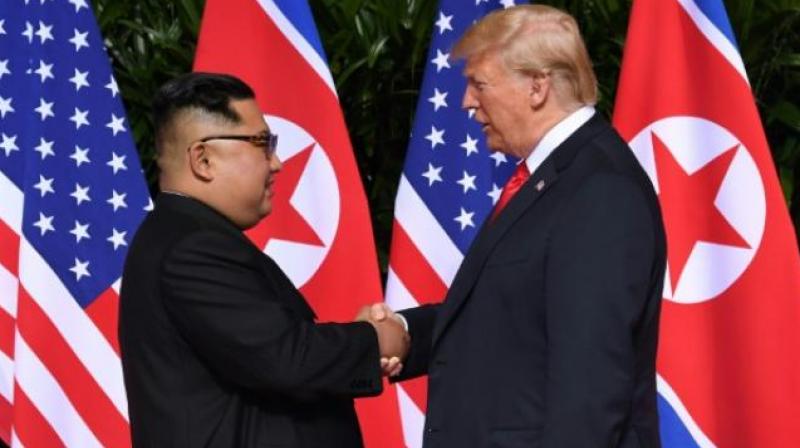 The first transfer will be made on Friday to mark the 65th anniversary of the signing of the armistice that ended the war. (Photo: File/AP)

Seoul: North Korea will soon return the remains of some of the US soldiers killed in the Korean War, the South's Yonhap news agency reported Thursday, starting a process agreed by leader Kim Jong Un and US President Donald Trump.

Repatriating the remains of US soldiers who perished during the 1950-53 Korean War was part of an agreement signed by Kim and Trump during their landmark summit in Singapore last month.

The first transfer will be made on Friday to mark the 65th anniversary of the signing of the armistice that ended the war, Yonhap reported, citing diplomatic sources.

The remains will be airlifted from the North's Kalma Airport on the eastern coast to Osan Air Base, south of Seoul, before being transferred to a forensic lab in Hawaii, it said.

A US military spokesman declined to comment on the report.

US Secretary of State Mike Pompeo said last week the repatriations would begin shortly but did not confirm media reports that the first transfers of some 50-55 sets of remains would take place on July 27.

North Korean and US military officials met last week at the border truce village of Panmunjom to discuss the repatriation.

Dozens of transfer cases to carry the American remains have been brought to the southern side of the border in recent weeks.

More than 35,000 Americans were killed on the Korean Peninsula during the war, out of which around 7,700 are still considered missing, including 5,300 in North Korea alone, according to the Pentagon.

Between 1990 and 2005, 229 sets of remains from the North were repatriated, but those operations were suspended when ties between the two countries deteriorated over Pyongyang's continuing effort to develop nuclear weapons.