Majeed’s company Omni Group was raided and some weapons were recovered there. 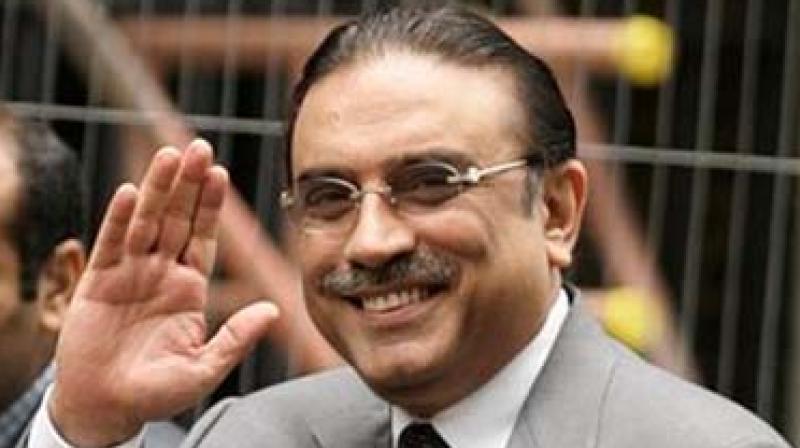 Karachi: Paramilitary rangers has booked a close aide of former President Asif Ali Zardari under the anti-terrorism law, as the Pakistan Peoples Party co-chairman returned to the country, ending his 18- month-long self imposed exile.

A first information report was registered against businessman Anwar Majeed at the Saddar police station Saturday night under Section 7 of the Anti-Terrorism Act, said Dawn.

Law-enforcement agencies conducted a raid at the residence of Anwar Majeed, who is still at large, in the Defence Housing Authority (DHA) area on Sunday. Mr Majeed’s company Omni Group was raided on Friday and some weapons were recovered there.

However, spokesman for the chief minister’s house denied the Sunday raid, saying Mr Majeed did not have a house in Phase 8 DHA, as claimed. He also denied reports that Salman Khawaja, the head of the Omni Group, had been arrested.

Political analysts see the raids, just hours after Mr Zardari’s return on Friday, as a message by the establishment to the leader to stay out of politics.

Other close aides of Zardari, including an influential former petroleum minister and businessman Dr Asim Hussain, are already languishing in jails facing charges of corruption and aiding terrorism.

“The Rangers’ decision to carry out the raids on the same day as Mr Zardari arrived... shows that the powerful lobbies are not keen to have him in the country,” political analyst Nigar Jafri said.

However, Mr Zardari was calm when he visited the mausoleum of Quaid-e-Azam Muhammad Ali Jinnah on Sunday to pay homage to the founder of Pakistan on his birthday.

He accepted that he had links with Anwar Majeed and said interior minister Chauhdry Nisar Ali Khan should be questioned about Mr Majeed.

“Yes, I have relations with Anwar Majeed. As for what happened with him and why it happened, ask the interior minister about it,” he said.

Mr Zardari also said that he was in contact with Dr Asim Hussain and his counsels and expressed hope that he would receive justice.

“I have said before, these charges are political victimisation,” he added.

On his Pakistan visit, Mr Zardari said that he was undergoing medical treatment in Dubai and London, and had travelled to Pakistan after getting permission from doctors.

He said that he would reveal his further course of action and provide good news in his address on December 27.

Interestingly, Mr Zardari’s return to Karachi was not celebrated as a big occasion by the PPP as everyone expected. Instead of going from the airport to his son Bilawal Bhutto Zardari’s house in a motorcade, the former President and his close aides preferred to fly from the airport by a helicopter, prompting speculations that there were security threats to his life.