Earlier, the MML had challenged the Election Commission’s October order that had declined its registration as a political party. 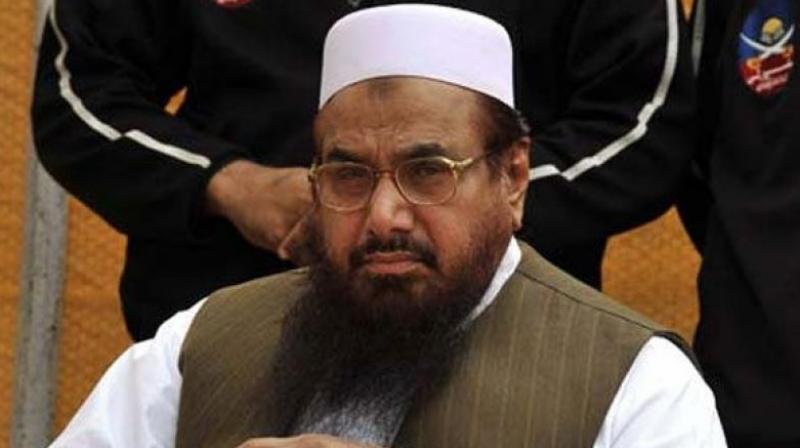 Islamabad: Mumbai attack mastermind Hafiz Saeed, who heads the banned Jamaat-ud-Dawah (JuD), has opened the Lahore office of Milli Muslim League (MML), a political outfit backed by him, days after the Pakistan government said that the group will breed violence and extremism in politics while opposing a plea seeking its registration as a political party.

Saeed has confirmed that JuD will contest the 2018 general elections under the banner of the MML — which the government claims to be an offshoot of the banned Lashkar-e-Tayyaba (LeT) and JuD.

The JuD chief said that India was forcing the Pakistani government to abandon the Kashmir issue and his political foray was aimed at working for the cause.

“This is the right time to enter the country’s politics to persuade the world community by establishing an independent foreign desk to highlight the Kashmir cause,” he said.

“I firmly believe that after winning the elections, the MML will be able to work decisively for the Kashmir cause. This is why I support it,” said Saeed.

The MML office was inaugurated by Saeed on Sunday to kick-start poli-tical activities in Laho-re’s NA-120 constituency that fell vacant because of the disqualification of former Prime Minister Nawaz Sharif in the Panama Papers case.

Earlier, a JuD member had contested the by-poll to the constituency in September but Pakistan Muslim League-Nawaz (PML-N) candidate Begum Kulsoom Nawaz had won the close contest on her husband’s home seat.

Earlier, the MML had challenged the Election Commission’s October order that had declined its registration as a political party.

The government has requested a court in Islamabad not to consider Saeed-backed MML’s plea seeking its registration as a political party, saying that the group will encourage extremism in politics.

The interior ministry made it clear that the state will not allow mainstreaming of jihad outfits.

Saeed, who carries a bounty of $10 million announced by the US for his role in terror activities, walked free on November 24 after the Pakistan government decided against detaining him further in any other case. He was under detention since January this year.

The banned JuD is believed to be the front organisation for the LeT that carried out the 2008 Mumbai terror attack in which 166 people were killed.