China said that 'those committing, orchestrating, inciting or supporting terrorist acts must be held accountable and brought to justice.' 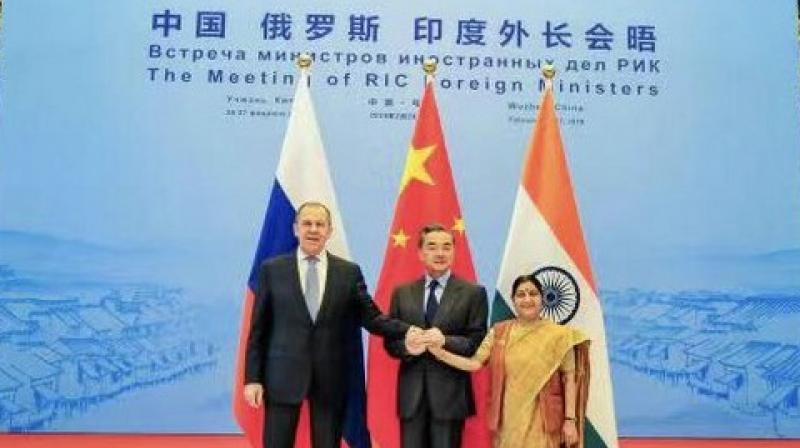 In a veiled reference to Pakistan, China in very strong terms said that "those committing, orchestrating, inciting or supporting terrorist acts must be held accountable and brought to justice."

While condemning the terrorism, Russia, India and China in a Joint Communique of the 16th Meeting of the respective countries' foreign ministers, said: "The Ministers strongly condemned terrorism in all its forms and manifestations."

It added, "They called on the international community to strengthen UN-led global counter-terrorism cooperation by fully implementing the relevant UN Security Council (UNSC) resolutions and the Global Counter-Terrorism Strategy in accordance with the Charter of the United Nations and the principles of international law, while respecting sovereignty and independence of all states, and expeditiously finalizing and adopting the UN Comprehensive Convention on International Terrorism at the earliest."

"They reiterated that states and their competent agencies play a central role in both national and international counter-terrorism efforts. They also stressed that terrorist groups cannot be supported and used in political and geopolitical goals," stated the Joint Communique.

"The Ministers stressed that those committing, orchestrating, inciting or supporting terrorist acts must be held accountable and brought to justice in accordance with existing international commitments on countering terrorism, including the UN Global Counter-Terrorism Strategy, relevant UN Security Council resolutions and the FATF standards, international treaties, including on the basis of the principle "extradite or prosecute” and relevant international and bilateral obligations and in compliance with applicable domestic legislation," the statement added.

The three countries also expressed support to Libya in its fight against the ISIL, Al-Qaeda and other terrorist organizations.