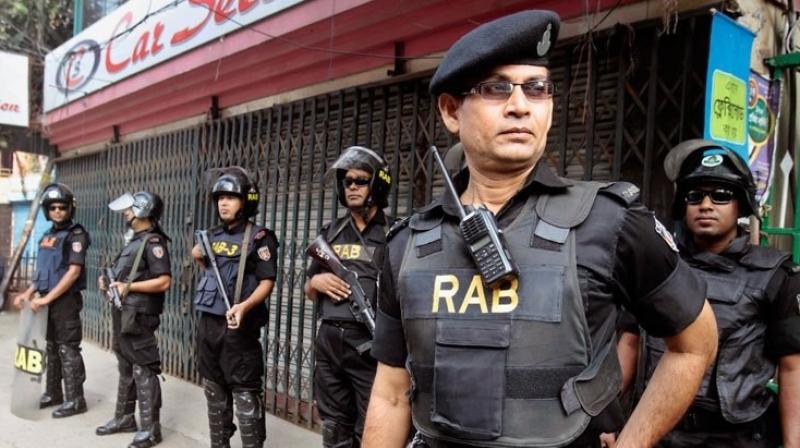 Police said three people are seen in the video. Two appeared to slit the throat of Shikder, 28, after holding him down. (Photo: AP)

Dhaka: Bangladesh Police has detained a man who faked his murder on social media -- using red fruit juice as imitation blood -- to avoid paying out USD 1,800 on a cricket bet, a senior officer said on Tuesday.

"He hired a film make-up artist who is an occasional videographer to film his 'murder' after he lost a bet of 150,000 taka (USD1,800) on the Nidahas trophy final between Bangladesh and India," senior Dhaka police official Kamruzzaman Sardar said.

Bangladesh lost the March 18 match in Colombo when India's Dinesh Karthik hammered a last-ball six to clinch an improbable victory.

They used red fruit juice syrup as fake blood on his body while photos of a slit throat were shared on social media.

Shikder sent the film anonymously to the person to whom he lost the cricket bet.

"He had won 40,000 taka from the same person during the Bangladesh-Sri Lanka semi-final, which Bangladesh won. He spent the money and then he made a bigger bet in the final," Sardar said.

Police said Shikder phoned his younger brother by changing his voice and told him the body was in Chittagong, some 200 kilometre (125 mile) southeast of the capital.

Relatives and police searched for the corpse there after Shikder's panicked parents lodged a complaint.

The case unravelled after police arrested the make-up artist on Saturday and the next day Shikder was detained in the central district of Faridpur, Kamruzzaman said.

"I did it so that he did not seek any money from me. I did not realise it would cause all this," Shikder said when paraded before television cameras.

Betting is illegal in Bangladesh. But in recent years underground betting on cricket has boomed, with millions of dollars changing hands during internationals and Bangladesh Premier League games.