The 70-year-old supremo of the Pakistan Muslim League-Nawaz, is currently in London for medical treatment 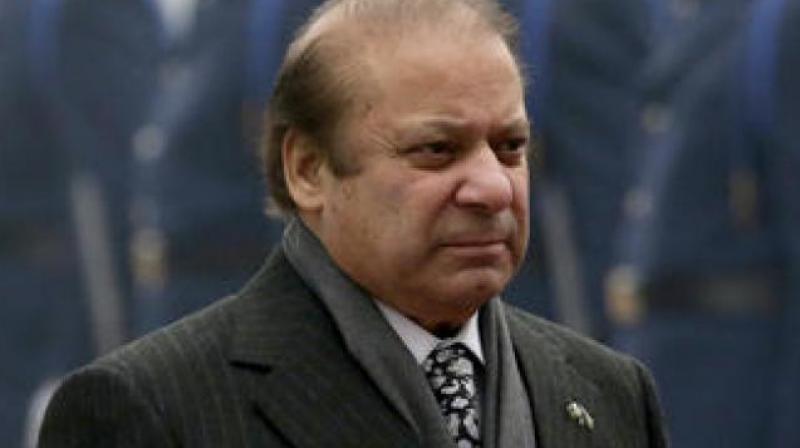 The 70-year-old supremo of the Pakistan Muslim League-Nawaz, is currently in London for medical treatment.

According to the National Accountability Bureau (NAB) officials, Sharif illegally leased the land to Jang Group editor-in-chief Mir Shakilur Rehman in 1986, when the three-time premier was the chief minister of Punjab province.

"The NAB has issued arrest warrants of PML-N supreme leader Nawaz Sharif in the land case involving Jang Group editor-in-chief Rehman. Sharif was served notices and questionnaires in this case but no response came from him who is in London for his medical treatment," a NAB official told PTI on Sunday.

The official said the NAB would move the accountability court to declare Sharif a proclaimed offender over non-cooperation in the investigation.

On March 27, the NAB sent a questionnaire to Sharif and summoned him to the bureau office on March 31 to record his statement. Again on March 15, NAB's Lahore office summoned Sharif to appear before the bureau on March 20, but no response came from him, Dawn reported.

On March 12, the NAB arrested Rehman in the case. He is in the bureau's custody on a physical remand till April 28.

Rehman, the editor-in-chief of Jang/Geo media group, was arrested on charges that he illegally acquired 54-Kanal (6.75 acres) land on a prime location in Lahore at a throwaway price in 1986 during the tenure of then-chief minister of Punjab Sharif.

"Once Sharif is declared a proclaimed offender then we will pursue the process of his repatriation," the official said on Sunday.

"The decision to issue Sharif's arrest warrants has been taken on his non-cooperation with NAB in the 54-Kanal land in Lahore he had awarded illegally to Mir Shakilur Rehman in 1986 when he was chief minister of Punjab," the official said.

Sharif left for London in November last for treatment after the Lahore High Court allowed him to go abroad on medical grounds for four weeks.

According to Sharif's physician Dr Adnan Khan, the top leader of the Pakistan Muslim League-Nawaz (PML-N) is suffering from complex multi-vessel coronary artery disease and substantial ischemic and threatened myocardium for which he is due to undergo surgery.

In the latest tweet, Khan said: "As a high-risk patient, former PM #NawazSharif's cardiac catheterisation/coronary intervention was postponed to be rescheduled at a later date amidst COVID-19 pandemic, as public/private hospitals limited their admissions/procedures. Presently managed on aggressive medical therapy."

The Lahore High Court had, in October last year, granted bail to Sharif on medical grounds for four weeks, allowing the Punjab government to extend it further in the light of his medical reports.

The Islamabad High Court had also granted bail to Sharif in the Al Azizia Mills corruption case, in which the former prime minister was serving a seven-year jail term, clearing his way to travel abroad for medical treatment.

Sharif has given an undertaking to the Lahore High Court to return to Pakistan citing his record to face the process of law and justice within four weeks or as soon as he is declared fit to travel.

Sharif, who was diagnosed with an immune system disorder, has been advised by a government's panel of doctors to go abroad for treatment.