On August 3, he was in an elevator at Changi Airport Terminal 2 when 33-year-old Indian national Ramachandiran Umapathy, entered the lift. 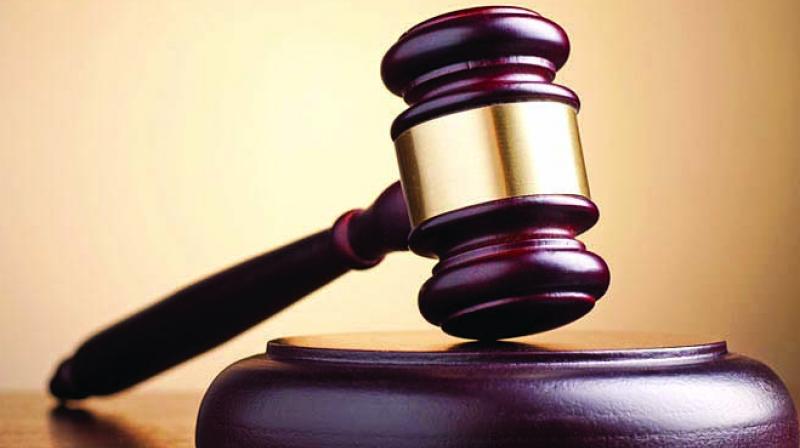 A Singaporean man of Chinese origin was sentenced to four weeks in jail and fined 1,000 Singapore dollars for racist remarks insulting an Indian national working at the Changi airport. (Representational Image)

Singapore: A Singaporean man of Chinese origin was sentenced to four weeks in jail and fined 1,000 Singapore dollars for racist remarks insulting an Indian national working at the Changi airport.

William Aw Chin Chai, 47, also hurt a woman by stepping on her foot when she held the elevator door open for him. He also splashed noodles on two men at the Singtel Shop Comcentre in separate incidents, reported Channel News Asia.

The man pleaded guilty to the three charges on Friday, however, a fourth charge for stealing four mineral water bottles from a food court was still under consideration.

The court heard that Aw was jobless when he committed those offences on three different occasions last year.

On August 3, he was in an elevator at Changi Airport Terminal 2 when 33-year-old Indian national Ramachandiran Umapathy, entered the lift. The construction worker was at the airport to perform installation works for the MRT (metro) tunnel.

The Indian had also filmed the exchange and posted it on the Facebook page of the Singapore Police Force. Ramachandiran had also lodged a police report.

More than a month since the incident, Aw was eating at the Singtel Comcentre along Exeter Road when he picked up a plastic bowl of hot noodle soup, walked over to two unidentified men and splashed it at them. The incident was captured on CCTV.

In January last year, Aw injured a woman who had held a lift door open for him as he was rushing in.

The court heard that after Aw entered the lift at the National University Hospital's Medical Centre, he stood near the woman, 49-year-old Wahida Abdullah, and stepped on her left foot.

Abdullah sought medical treatment for the mild injury on her foot, before calling the police.

The prosecution said the woman was an "innocent victim who was so nice so as to press the lift button for the accused to enter. In return for her kindness, he stepped on her foot."

The prosecution asked for four weeks' jail and a fine of SGD 1,000. However, the defence lawyer, Siraj Shaik Aziz asked for a week's jail for the offence, saying it was not premeditated.

Aw was remorseful and had pleaded guilty at the earliest instance, the defence lawyer said.

In response, the prosecutor said Aw had not only said those words against the victim but was also shown in CCTV footage to be kicking him and acting in a "very violent" manner.

The incident happened at the Changi airport, which was frequented by tourists, and a message needed to be sent out that "this type of action is not tolerated by the court," she said, before sentencing him.