The dinner hosted by US envoy to India on Jan 15 in honour of Hollywood actor Richard Gere was reportedly also attended by Lobsang Sangay. 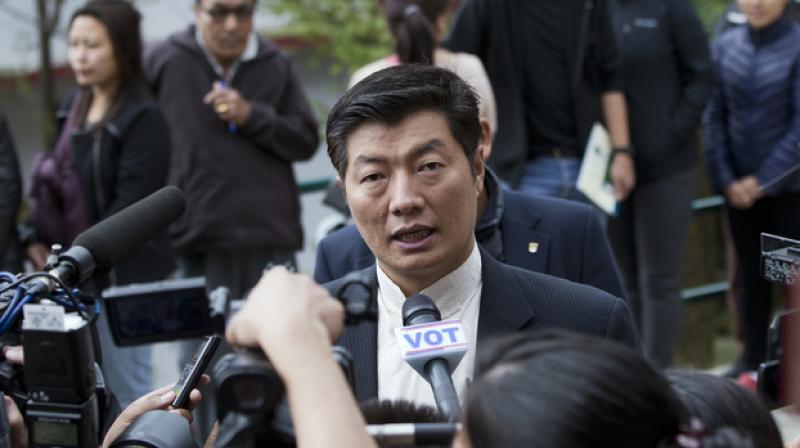 Beijing: China on Saturday raised objections over the presence of the Prime Minister of 'Tibetan government-in-exile' at a recent dinner hosted by former US envoy to India Richard Verma in New Delhi, saying it resolutely opposes any country's "interference" in its internal affairs by using Tibet issue as an excuse.

The dinner hosted by Verma on January 15 in honour of his visiting friend and Hollywood actor Richard Gere was reportedly also attended by the Prime Minister of the Tibetan government-in-exile, Lobsang Sangay.

"We are firmly against any country's official contact with it in any form, and resolutely opposed to any country's interference in China's internal affairs by using Tibet related issues as an excuse," the Foreign Ministry said.

The private gathering hosted by Verma days before Donald Trump took over as US President was made public by Union Minister of State for Home Affairs Kiren Rijiju who thanked the envoy for the dinner on Tweeter yesterday.

Photographs posted on his Twitter page showed the Prime Minister of the Tibetan government-in-exile and other US diplomats attending the dinner.

China routinely protests visits and meetings of Tibetan spiritual leader Dalai Lama and his associates saying it constitutes interference in its internal affairs.

In October last year, China objected to Verma's visit to Tawang in Arunachal Pradesh which Beijing claims as southern Tibet, saying any interference by Washington in the Sino-India boundary dispute will make it "more complicated" and "disturb" hard-won peace at the border.

Last month, China took strong exception to the Dalai Lama’s meeting with President Pranab Mukherjee at the Rashtrapathi Bhavan during a children’s summit.