A video was released by Pakistan Army that showed the identity and related details of the captured Indian pilots. 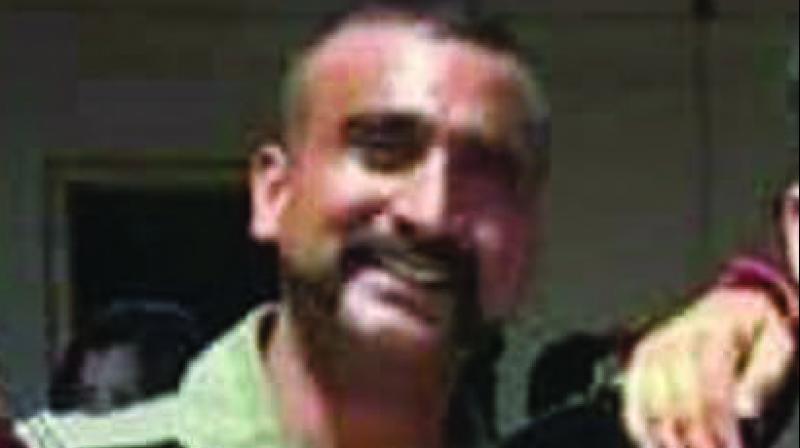 Islamabad/New: Videos of an Indian pilot, arrested by the Pakistan military, went viral on Wednesday as his initial interrogation was filmed over mobile phone cameras. Pakistan Army released two videos of captured IAF pilot Abhinandan Varthaman — one showing him blindfolded and bloodied and another while having tea. In both videos, he is seen answering questions in a composed and stoic manner. Pakistan Air Force (PAF) claimed it had struck down two Indian fighter jets intruding Pakistani airspace. Later, Pakistan also took Indian Abhinandan into custody.

A video was released by Pakistan Army that showed the identity and related details of the captured Indian pilots.

“My name is Wing Commander Abhinan-dan and my service number is 27981,” the pilot says in a video statement.

Asked for further information, the pilot refuses to speak saying, “I am sorry sir, that's all I am supposed to tell you.”

Pakistan Army has also released pictures of the pilot’s confiscated documents and weapons.

There were other video clips on social media where he could be seen beaten by locals while lying in a stream before being taken away by Pakistani soldiers. Later, the Pakistanis released a clip showing the blindfolded officer with blood flowing down his cheek. In the video, he refused to answer any question, except for giving his ID number, designation and marital status. However, the video released through Twitter was withdrawn within minutes, keeping in view the Geneva Convention.

The Indian Ministry of External Affairs objected to “Pakistan’s vulgar display an injured personnel of the Indian Air Force in violation of all norms.

In the video shared by Pakistan, an unfazed Abhinandan is heard saying that he is Wing Commander. He politely refuses to reveal anything more than his name, service number, profession and religion. Speaking to his captors with extraordinary composure, he says in a clear voice: “I'm sorry sir...that’s all I’m supposed to tell you,” when a gruff demand sought more details. One of the captors asked “I hope you have been treated well with us?” To this, Wg Cmdr Abhinandan replied, ”Yes, I have. I would like to put this on record and I will not change my statement if I go back to my country also. The officers of the Pakistani army have looked after me very well and they are thorough gentlemen – starting from the Captain who rescued me from the mob, and from his soldiers and thereafter the officers through the unit, which I was taken too. I am very impressed. This is what I would expect my army to behave.”