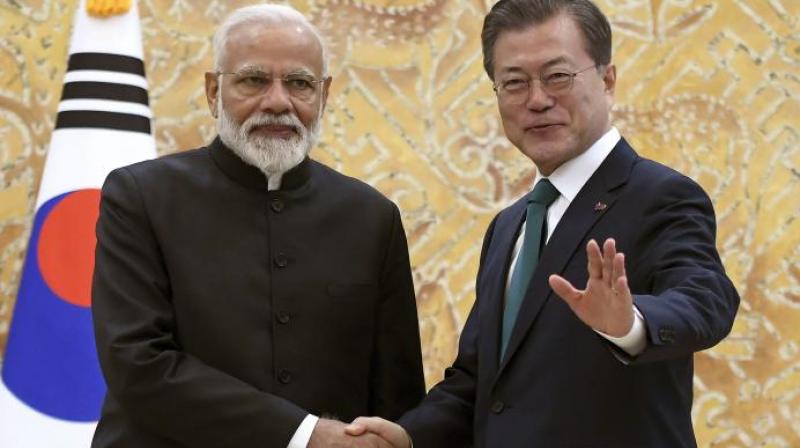 The two leaders met in Osaka, a Japanese port city on the sidelines of the G-20 summit.

The main focus of India's Act East Policy is to shift the country's trading focus from the west and neighbours to the booming South East Asian countries.

The Moon administration's 'New Southern Policy' focuses on South Korea's development of its relations with Southeast Asia and ASEAN.

"A natural partnership strengthened by historical ties. On the margins of #G20 Summit PM @narendramodi had a good meeting with President of Republic of Korea," Ministry of External Affairs spokesperson Raveesh Kumar tweeted.

"It is always special to meet my good friend, President Moon Jae-in. He is extremely passionate about furthering friendship between India and the Republic of Korea. Today, we talked about various steps to enhance trade, economic and people-to-people relations," Modi tweeted after his meeting with Moon.