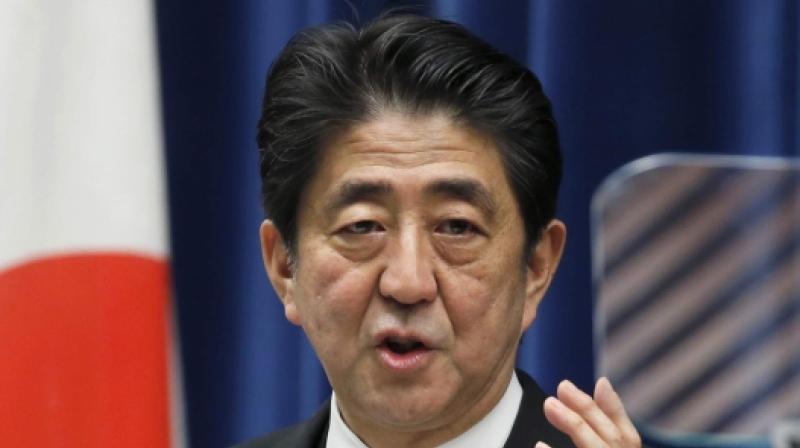 Nevertheless, Tokyo insisted today: 'There is no change in our basic recognition concerning the threat of North Korea's nuclear weapons and missiles.' (Photo: AP)

Tokyo: North Korea still poses a "serious and imminent threat", Japan said on Tuesday in its first annual defence review since an outbreak of diplomacy on the Korean peninsula.

Last year's defence review was published at the height of the tensions with North Korea, amid nuclear and missile tests and US President Donald Trump threatening to rain down "fire and fury" on Pyongyang if it kept up its threats.

But since then, a spectacular diplomatic detente has taken place, culminating in the historic summit between Trump and the North's leader Kim Jong Un in Singapore on June 12.

Nevertheless, Tokyo insisted today: "There is no change in our basic recognition concerning the threat of North Korea's nuclear weapons and missiles."

Pyongyang continues to post "an unprecedentedly serious and imminent threat to Japan's security and significantly damage the peace and security of the region and the international community", according to Tokyo.

Japanese Defence Minister Itsunori Onodera acknowledged in the document that North Korea had begun "dialogue" with former foes the US and South Korea."

"But we cannot overlook the fact that, even to this day, it possesses and fully deploys several hundred missiles that put nearly all of Japan within range," stressed the minister.

In response, Japan is steadily upgrading its capacity to shield the nation from the North's arsenal, including a plan to spend some USD 4.2 billion over the next three decades on installing and operating US radar systems.

Despite the historic handshake in Singapore, there has been little progress in denuclearising the Korean peninsula and Washington-Pyongyang relations appear to have taken a turn for the worse, with Trump abruptly scrapping a planned visit to the North by Secretary of State Mike Pompeo.

It complained that Beijing was trying to "change the status quo by coercion", referring to such actions as building up disputed islands in the South China Sea and expanding naval activities around East China Sea islands in dispute with Japan.