The 7.5 magnitude quake sparked terror among locals who fled into streets and raced to higher ground fearing tsunami waves. 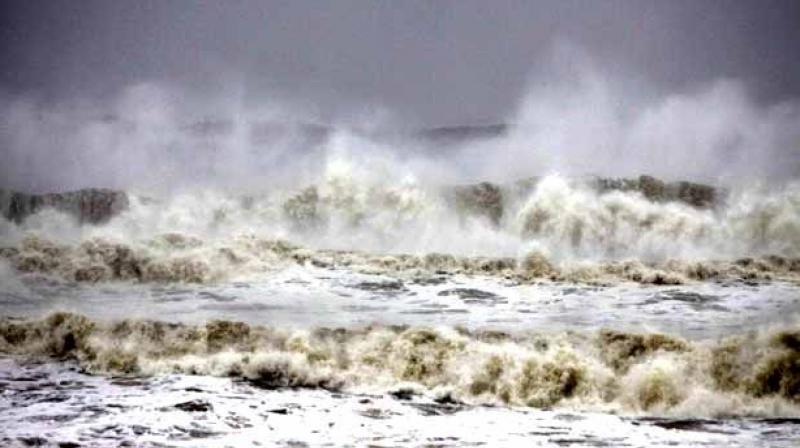 'A tsunami has happened in Palu,' said Rahmat Triyono, head of the disaster agency's earthquake and tsunami division. (Representational Image)

Makassar (Indonesia): A powerful earthquake hit central Indonesia on Friday, causing a tsunami that slammed into a city on Sulawesi island with officials saying the tremor had levelled "many" buildings.

The shallow 7.5 magnitude quake sparked terror among locals who fled into the streets and raced to higher ground fearing tsunami waves. The disaster agency briefly issued a tsunami warning before lifting it.

But dramatic video footage filmed from the top floor of a parking ramp spiral in Palu, a city of 350,000 nearly 80 kilometres from the quake's epicentre, showed a churning wall of whitewater mow down several buildings and inundate a large mosque.

Rahmat Triyono, head of the agency's earthquake and tsunami division, later confirmed the city was struck by a freak wave.

People living hundreds of kilometres from the epicentre reported feeling the massive shake, hours after a smaller jolt killed at least one person in the same part of the Southeast Asian archipelago.

There were no immediate reports of deaths or injuries after the latest tremor, but it was a higher magnitude than a series of quakes that killed hundreds on the island of Lombok this summer.

The quake hit just off central Sulawesi at a shallow depth of some 10 kilometres just before 6:00 pm local time (1100 GMT), the US Geological Survey said.

"There are reports that many buildings collapsed in the earthquake," national disaster agency spokesman Sutopo Purwo Nugroho said in a statement. "Residents panicked and scattered out of their homes."

Pictures supplied by the agency showed a badly damaged shopping mall in Palu where at least one floor had collapsed onto the storey below. Other pictures showed major damage to buildings, with rubble strewn about the road and large cracks running through pavements.

Facebook Live video showed long traffic jams formed in some parts of the region as terrified residents packed into cars, trucks and motorbikes to flee to higher ground following the tsunami warning. Search and rescue teams have been dispatched to hard-hit areas, Nugroho said.

AFP phone calls to several regional hospitals went unanswered and Palu's main airport was closed around 7:30 pm local time, with authorities saying it would not open for 24 hours.

Friday's tremor was centred 78 kilometres north of Palu, the capital of Central Sulawesi province, but was felt in the far south of the island in its largest city Makassar and on the neighbouring island of Kalimantan, Indonesia's portion of Borneo island.

The initial tremor struck as evening prayers were about to begin in the world's biggest Muslim majority country on the holiest day of the week when mosques would be especially busy. It was followed by a series of powerful aftershocks, including one measuring 5.7 magnitude.

"I was about to start prayers but then I heard people shouting 'earthquake! earthquake!' so I stopped," Andi Temmaeli from Wajo, south of Palu, told AFP.

Lisa Soba Palloan, a resident of Toraja, also south of Palu, said locals felt several quakes Friday. "The last one was quite big," she said. "Everyone was getting out their homes, shouting in fear."

Quakes of similar magnitude can cause great damage to poorly built or designed structures, including the toppling of chimneys, columns and walls, according to USGS.

Indonesia is one of the most disaster-prone nations on earth. It lies on the Pacific "Ring of Fire", where tectonic plates collide and many of the world's volcanic eruptions and earthquakes occur.

This summer, a series of powerful quakes hit Lombok, killing more than 550 people on the holiday island and neighbouring Sumbawa. Some 1,500 people were injured and about 400,000 residents were displaced after their homes were destroyed. Indonesia has been hit by a string of other deadly quakes including a devastating 9.1 magnitude tremor that struck off the coast of Sumatra in 2004. That quake triggered a tsunami that killed 220,000 throughout the region, including 168,000 in Indonesia. The Boxing Day disaster was the world's third biggest quake since 1900, and lifted the ocean floor in some places by 15 metres. Indonesia's Aceh province was the hardest hit area, but the tsunami affected coastal areas as far away as Africa.

Among country's other big earthquakes, a 6.3-magnitude quake in 2006 rocked a densely populated region of Java near the city of Yogyakarta, killing around 6,000 people and injuring 38,000.

A year earlier, in 2005, a quake measuring 8.7 magnitude struck off the coast of Sumatra, which is particularly prone to quakes, killing 900 people and injuring 6,000. It caused widespread destruction on the western island of Nias.