Afghan forces have struggled to combat Taliban since US and NATO forces formally concluded their combat mission in 2014. 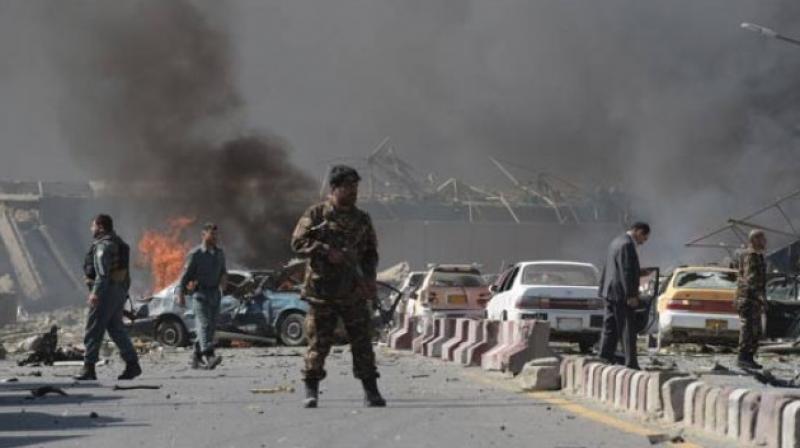 The Taliban claimed responsibility for the attack, according to their spokesman Zabihullah Mujahid. (Representational Image | Photo: AFP)

Kabul: An Afghan official says at least nine police officers have been killed in separate attacks by Taliban insurgents on police checkpoints in eastern Ghazni province.

Arif Noori, spokesman for the provincial governor, says two police checkpoints came under attack by Taliban fighters in the early hours Saturday, also wounding two police. He said six insurgents were killed and nine others were wounded in the battle, which lasted almost an hour.

The Taliban claimed responsibility for the attack, according to their spokesman Zabihullah Mujahid. He said 14 police were killed, including both commanders of the checkpoints.

Afghan forces have struggled to combat a resurgent Taliban since US and NATO forces formally concluded their combat mission at the end of 2014, switching to a counterterrorism and support role.