The reference to the strategic balance in South Asia apparently alluded to the military balance between India and Pakistan. 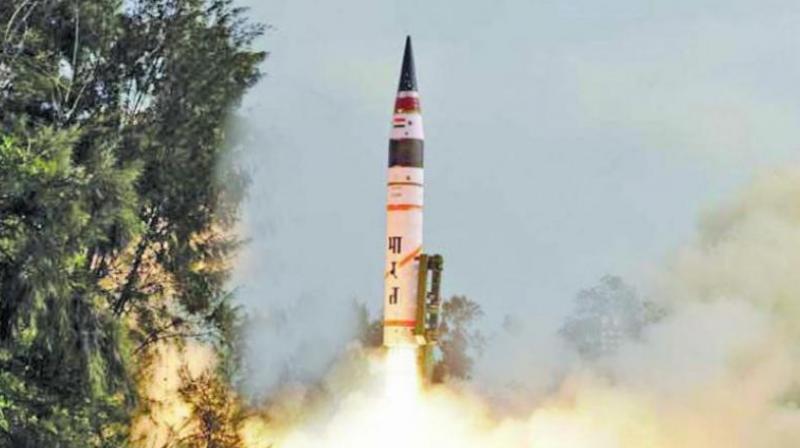 Beijing: China on Tuesday hoped that India’s testing of the nuclear-capable Agni-5 intercontinental ballistic missile complied with UN Security Council rules and safeguarded South Asia’s strategic balance even as Beijing maintained that the two nations are “not rivals for competition but partners for cooperation”.

Taking exception to media reports that the successful test of Agni-V was meant to target China, foreign ministry spokesperson Hua Chunying said, “We have noted reports on India’s test-fire of Agni-5 ballistic missile. The UN Security Council has explicit regulations on whether India can develop ballistic missiles capable of carrying nuclear weapons”.

“China always maintains that preserving the strategic balance and stability in South Asia is conducive to peace and prosperity of regional countries and beyond,” she said. The reference to the strategic balance in South Asia apparently alluded to the military balance between India and Pakistan. Agni-5, a 5,000-km range intercontinental ballistic missile (ICBM), is widely regarded as a strategic missile targeted at China as it can reach almost all parts of the Chinese mainland.

She also criticised reports in India and outside referring to the Agni-5 as targeted at China and aimed at correcting India’s strategic balance with Beijing. “We also notice reports, including some from India and Japan, speculating whether India made this move to counter China. They need to ask the Indian side for their intention behind the move,” she said.