The Philippines called Kuwait’s decision 'deeply disturbing,' saying it 'reneged' on an earlier agreement to work together. 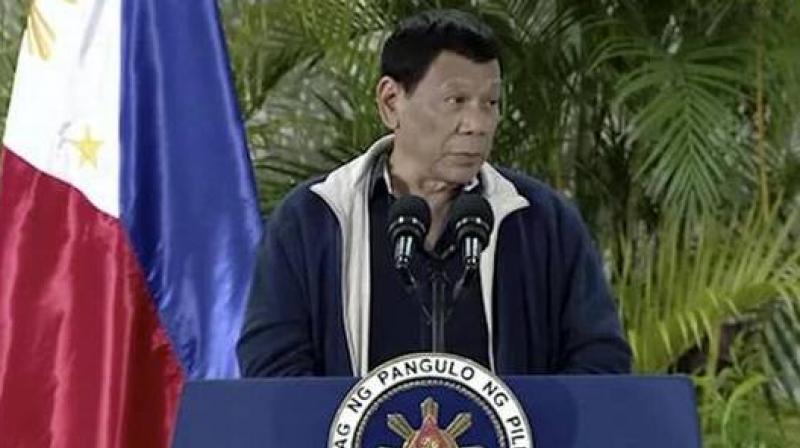 There was no immediate reaction from Kuwaiti officials. (Photo: AP)

Philippine: Philippine President Rodrigo Duterte said on Sunday that a ban on Filipino workers from heading to Kuwait that’s been in effect since February would now be permanent, inflaming a dispute sparked by complaints of the abuse of Filipina housemaids and workers in the Gulf country.

Kuwait on Wednesday expelled the Philippine ambassador and recalled its own envoy from Manila over the dispute. The highly unusual move came as a surprise in Kuwait, a typically sedate and oil-rich nation that has been both a long target of Duterte’s criticism and heavily reliant on Filipina nannies and maids.

“The ban stays permanently,” Duterte said at a news briefing in southern Davao City after arriving from Singapore, where he attended a summit of Southeast Asian leaders. “There will be no more recruitment for especially domestic helpers. No more.”

There was no immediate reaction from Kuwaiti officials.

The two nations had been negotiating an end to the ban, which was imposed following the shocking discovery in February of a Filipina stuffed into a freezer in Kuwait City for over a year.

But the arrest of two Filipinos associated with the embassy last week over allegedly convincing maids to flee their employers’ homes and Ambassador Renato Villa’s comments reported in Kuwaiti media over the effort appears to have been too much for Kuwait to accept.

The Philippines called Kuwait’s decision “deeply disturbing,” saying it “reneged” on an earlier agreement to work together.

Duterte said on Sunday that Filipino workers already in Kuwait may stay in the country if they wish, adding that the government would try to assist those who wish to return home in resettling in the Philippines.

“For the household workers whose employers want them to stay, that is their choice, but choose the better option,” Duterte said. “All I ask is that the employers treat the Filipinos with the humanity they deserve.”

There have been prominent cases of abuse of Filipino domestic workers in the past, including an incident in December 2014 where a Kuwaiti’s pet lions fatally mauled a Filipina maid.

Since becoming President, the populist Duterte has repeatedly criticised Kuwait for not properly addressing the abuse of Filipinos.

“I do not want a quarrel with Kuwait. I respect their leaders but they have to do something about this because many Filipinas will commit suicide,” he said in January.

The Philippines banned workers entirely from Kuwait after the discovery of Joanna Demafelis’ body in a freezer in February. In late March, Lebanese officials said 40-year-old Lebanese national Nader Essam Assaf confessed to killing the woman along with his Syrian wife, who remains at large. Authorities say Assaf faces a possible death sentence.

More than 260,000 Filipinos work in Kuwait, many of them as housemaids. Kuwait and the Philippines have since been negotiating for new rules governing Filipino workers there.

The Philippines is a major labour exporter across the world, especially in the Mideast, with about a tenth of more than 100 million Filipinos working abroad. The earnings they send home have bolstered the Philippine economy for decades.

It’s likely both sides want to negotiate an end to the dispute, especially ahead of the Muslim holy fasting month of Ramadan, which begins in May. Kuwaitis particularly rely on Filipina maids and cooks during the period as they abstain from water and food during daylight hours.