Approximately 80 per cent of the total 193 million voters cast their ballots in more than 8,00,000 polling stations located across country. 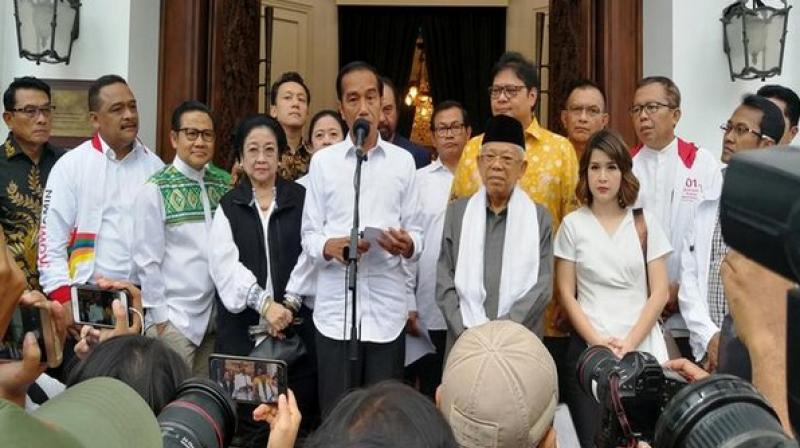 On April 17, Indonesia, for the first time, combined the presidential vote with national and regional parliamentary ones, with an aim to cut election costs, Al Jazeera reported.

Approximately 80 per cent of the total 193 million voters cast their ballots in more than 8,00,000 polling stations located across the country.

On April 23, the health ministry issued a circular letter urging health facilities to offer the utmost care to sick election staff, while the finance ministry sought to provide compensation to the families of the deceased, state media reported.

Meanwhile, Jakarta Post reported that Opposition parties in the country have alleged that President Joko Widodo’s incumbent government was involved in “structured, systematic and massive” vote-rigging, was baseless.

Coordinating Political, Legal and Security Affairs Minister Wiranto was quoted as saying that the accusations against the government of conspiring with the General Elections Commission (KPU) and the Elections Supervisory Agency (Bawaslu) to support a presidential candidate in the election had made the rounds on social media long before and after voting day.

“We call on citizens not to believe such misleading narratives and not to be incited to get involved in movements that can disrupt peace and national security,” he added.

The General Elections Commission (KPU) will conclude vote counting and announce winners of the presidential and parliamentary elections on May 22.