China to restrict visas for Americans over Hong Kong row 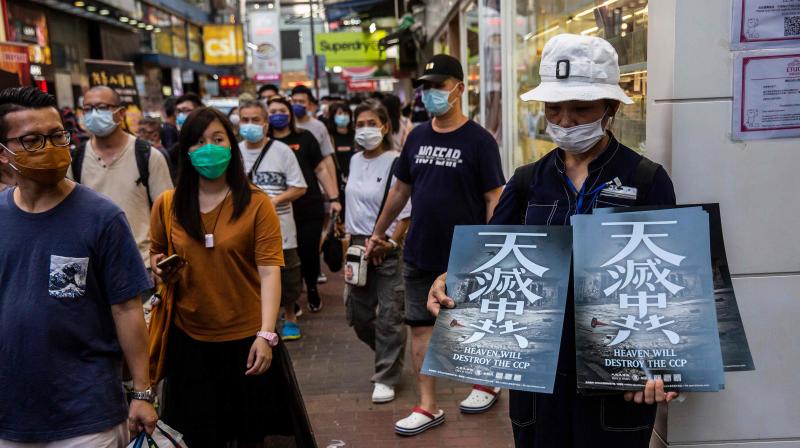 Beijing: China warned Monday that it would impose visa restrictions on US citizens who had "behaved egregiously" over Hong Kong, ahead of expected approval from Beijing lawmakers for a controversial national security law in the city.

China is moving forward on a security law that would enforce punishment for subversion and other offences in Hong Kong, which was rocked by massive and sometimes violent pro-democracy protests last year.

On Friday, US President Donald Trump's administration said it was restricting US visas for a number of unspecified Chinese officials for infringing on the autonomy of the financial hub.

Foreign ministry spokesman Zhao Lijian said Monday that the US "scheme... to obstruct the passage of the Hong Kong national security law will never prevail".

"To target the US's above wrongful actions, China has decided to impose visa restrictions against American individuals who have behaved egregiously on matters concerning HK," Zhao said.

The United States, Britain, the European Union and the United Nations rights watchdog all voiced fears the law could be used to stifle criticism of Beijing, which uses similar laws on the authoritarian mainland to crush dissent.