Honey-making business gives a sense of pride to Afghan women

Four beekeeping cooperatives have been set up here in recent years, backed by NGOs and foreign aid. 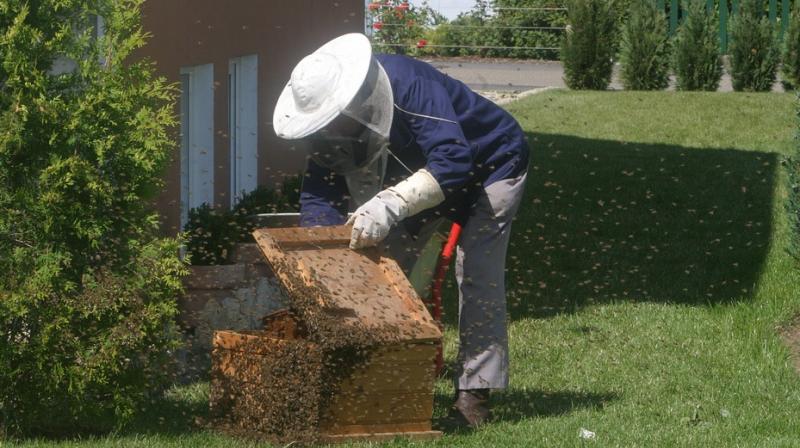 Yakawlang: "I make my money for me," declares Afghan beekeeper Jamila pointing emphatically at her chest.

Her small honey-making business provides not only an income, but a sense of pride.

In the mountainous central province of Bamiyan, one of the country's least developed but most liberal regions, beekeeping complements its only other commercial crop, potatoes, and gives rural women the chance to become entrepreneurs.

Four beekeeping cooperatives have been set up here in recent years, backed by NGOs and foreign aid. Starting from scratch, they now employ around 400 people, half of them women, and produce 14 tonnes of honey a year.

The district of Yakawlang, around 100 kilometres (60 miles) from the famous giant Buddhas destroyed by the Taliban, sits around 2,600 metres (8,500 feet) above sea-level. Residents are worried the arrival of winter will kill off their bees.

Bundled up tightly, they walk for more than an hour in the snow to fill their pots with honey and fix labels on them, though few know how to read.

Jamila got her start a year ago thanks to her neighbour, Siamui, a pioneer of the cooperative five years ago who gave her her first colony.

"It was in April and I remember that day perfectly. I was so happy: when I was done with my housework, I could spend the whole day watching my bees and how they work!" she confesses, making the other women around her laugh.

This cooperative has collected about 400 kilogrammes (880 pounds) of honey this year, according to its supervisor Habitullah Noori. Each kilo fetches 800 Afghanis in Bamiyan and 1,000 in Kabul -- about $15.

Jamila is a grandmother whose children have left the home; Siamui is raising eight of her own; Siddiqa, an orphan, takes care of four brothers and sisters.

Each of them maintains one to four hives on average -- the few thousand Afghanis earned supplements their household incomes.

"I can pay for the bus when I want to visit my daughter, I can buy her chocolate," says Jamila.

"I can buy notepads for the kids," adds Halima, who is in her twenties with two children.

For widowed Marzia, the honey is key to her very survival. She hails from the village Qatakhan, 30 minutes from Yakawlang. It was an area overrun by the Taliban in early 2000, with many of its residents butchered after one commander instructed his charges "to kill everyone, even the dogs and chickens".

Her husband was pulled out of his mosque and shot dead on January 19 that year.

She keeps four hives, explaining: "Earlier I started farming, sewing, reaping weeds in the mountains. My brother assisted me but I was mostly on my own.

"Now with the honey I can support my family, I am my own boss."

"When you invest $100 in the first year you will make $100 in the next," says Daud Mosavi, director of agricultural programmes for New Zealand's foreign aid agency in Bamiyan.

Further down the hill, Fatima and her daughters, wearing beekepers hats and visors, adjust the honeycombs in their beehives on the slopes of Qatakhan. Her husband, Ahmad Hossaini, is helping his wife by bringing the bees their sugar.

"It's the first time we've worked together!" he smiles.

"When they get a revenue for the first time it helps to establish their position better in the household", especially girls who are otherwise seen as potential burdens on their families, explains Sadia Fatimie, a consultant for international institutions.

Fifteen years after the fall of the Taliban regime, Afghanistan remains a harsh place for women: in 2016, only 10% of salaried female employees worked outside the agricultural sector, earning 30% less than their male counterparts.

In the countryside, they constitute an ignored, exhausted and poorly paid workforce.

"Only 34% of women in this country say they are allowed to spend the money which they earn," emphasises Fatimie.

"There was no tradition of beekeeping here until the 1960s, when it was launched by King Zahir Shah," says Marc Jeanjean, a French beekeeper sent by AFD, the French aid agency, to help revive the sector.

"When we started working in 2005 there was nothing left, but things really began to take off in 2012 when the ministry of agriculture began pushing it," he adds.

"It is widely accepted here by the society that women can be at the frontline to support the family," says provincial agricultural official Abdul Wahab Mohammadi. "It's increasing - people see it as a success story and they are copying it."