Attempts are being made through foreign money to change the government in Pakistan, alleged Imran Khan 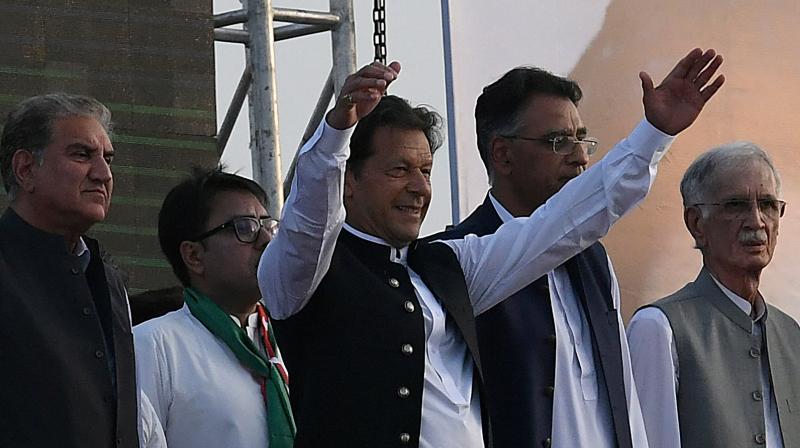 Imran Khan along with other lawmakers, gestures upon his arrival to address the supporters of ruling Pakistan Tehreek-e-Insaf (PTI) party during a rally in Islamabad. (Aamir QURESHI / AFP)

"The united opposition and MQM have reached an agreement. Rabta committee MQM and PPP CEC will ratify the said agreement. We will then share details with the media in a press conference tomorrow IA. Congratulations Pakistan," tweeted PPP chairman Bilawal Bhutto Zardari.

The PTI government lost the majority in the lower house of the parliament following the late-night development ahead of the no-confidence motion against Imran Khan on March 30.

The joint opposition has 177 members of the national assembly after the ruling coalition partner MQM-P decided to part ways with the Imran Khan-led government that has left with 164 MNAs.

Notably, in order to make the no-confidence motion against the prime minister successful, the joint opposition requires the support of 172 MNAs.

Meanwhile, after Imran Khan alleged that some people are trying to topple his government with the help of foreign funds, federal minister Asad Umar claimed that the PM is ready to show a letter to the Chief Justice of Pakistan (CJP) Umar Ata Bandial to back his claims.

PM Imran had said during his rally, "Attempts are being made through foreign money to change the government in Pakistan. Our people are being used. Mostly inadvertently, but some people are using money against us. We know from what places attempts are being to pressure us. We have been threatened in writing but we will not compromise on national interest."